For Those Who Can Handle The Truth 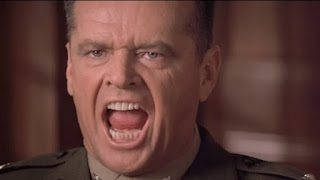 Oh my!  In a nation that considers folks who own late model cars, air conditioning, big screen televisions and fancy gaming systems as "poor", folks are not going to like to reading this.

America finally has something it's needed for decades: A budget that  to tell the truth. And some people don't seem to be able to handle the truth. But they need to start.
The truth is coming in the form of the White House budget that calls for major cuts to entitlement programs that are not sustainable, taxes that punish productivity and growth, and the fundamental understanding that politicians cannot be trusted to spend our money.
That is, it at least begins to deliver the truth.
Let's start with what it gets right in the reality department. The screaming headlines are all about that truth right now as every major news outlet has chosen to focus on the cuts the Trump budget makes to food stamps, Medicaid, student loans, and agencies like the EPA and the Department of Education. Do any of those articles or the angry members of Congress quoted in them include anything about how these spending programs are unsustainable as they are now anyway? Do they include any arguments about how the overstretched "safety net" of welfare programs provides aid to too many people who aren't actually poor, thus reducing  funds available for the truly needy? Do they include any of the arguments that so many federal agencies like the EPA and the Education Department aren't truly needed in their current sizes? How about some information on how student loan guarantees from Washington are a major source of tuition inflation?
Don't be ridiculous.

"The unicorns aren't coming, and it's time for our elected leaders to stop pretending only the politically easy-to-cut programs should go."

But the Trump budget does just that by simply calling for those cuts because "ridiculous" is really the best word to describe anyone who thinks continuing to promise the American people unicorns like the massive increases to the budgets of all the  programs aren't going to crowd out spending for almost anything else. The truth can be harsh, but ultimately it's kinder than having our presidents and members of Congress continue to lie to us. The unicorns aren't coming, and it's time for our elected leaders to stop pretending only the politically easy-to-cut programs should go.
It's time to stop throwing the word "poor" around like it's nothing. The fact is, way too much of the so-called "safety net" has been stretched to people who are not poor by most definitions and are thus siphoning vital funding away from those who are truly at the economic bottom. Specifically, this problem has manifested itself with the massive expansions in the number of people on food stamps and taking federal disability payments that  not subsided even with the economic recovery coming out of the Great Recession.
This says nothing of the significant fraud in these systems that such a bloated enrollment makes inevitable. 10 percent of Medicaid payments were found to have been improper in 2016 alone, according to the Government Accountability Office. That's $36 billion, for those of you counting at home

And there's another harsh but crucial reality in the Trump budget — it knows where the money comes from. Taxpayers. Somehow, prioritizing the people who actually provide us the money to spend in Washington has been portrayed as selfish or mean.
Now, let's get to what the Trump budget gets wrong. In short, it still isn't "harsh" enough. So far, we have no details of any reforms to the three biggest problems in our budget: Medicare, Social Security, and Defense. No real anti-deficit and pro-taxpayer moves can be made permanent until all three of those programs are reformed and essentially cut. It's not surprising the White House plan doesn't make the hard choices on that three-headed fiscal monster considering it would make the current political firestorm over his other cuts look like a small campfire.
The political class and the news media remains convinced that the public will never accept even the slightest cuts or even any significant changes to those programs, but that's just plain wrong. 41 percent of Americans don't believe that Social Security will even exist when they retire, according to a survey by the Pew Research Center. Are we supposed to believe that they won't stand for changes to a program they don't expect to be around for much longer? Politicians simply don't want to bother to make those tough choices and they're hiding behind the voters to avoid them.
But first things first. You have to start telling the truth somewhere, and the Trump budget does the most truth telling since at least the cut-heavy Reagan budget in 1981 that helped launch a major economic expansion. Our debt is about $20 trillion, and the number of unfunded liabilities coming due in the future  some experts pegging our real debt at more like $200 trillion. There's not enough taxpayer money in the universe to cover those costs.
With these harsh truths in mind, we have to remember that a budget that doesn't make the harsh cuts Trump's does simply isn't realistic. Oh, and there's no such thing as unicorns either.

Happy Memorial Day! and thanks for your service!
The Problem is "The Truth" is complicated, far more complex than "deserving or not".
I would really prefer a system where, every Friday we received a bill in the mail for
"Our Share". The President went to Marilago, you Owe $14.55 or we dropped more expensive bombs, amount due $1,125. Or another lazy person got food stamps, you owe $.12. Then we would have a sense of what is going on and maybe be more interested in what is happening. Now it is all make-believe Monopoly money and the sums are far more than we can count.
"The Truth"? No one cares when someone files for Bankruptcy or gets a half million dollar medical bill, certainly not our Government. Medicare, medicaid, some sort of National Health was never and will never be created to save the average man on the street. We really don't care. These programs were created to save Hospitals, doctors, the pharmaceutical industry. If They don't get paid they go Out Of Business! and previous to Obamacare Hospitals were going out of business every day in this country. Normally, we wouldn't care about that either (because we don't really care about much of anything) but the problem became more personal when there were no hospitals available for us than have money or good insurance! As a self-employed person all my life and a responsible citizen I have bought my own insurance for the past 40 some odd years. Good Insurance too and very expensive. My cancer cost $130,000 and cost me exactly $1,000. But if it weren't for Government assistance the Hospital Would NOT have been there!!!
The same is TRUE for Everything. Walmart and Target and the local milk shop LOVE Food Stamps and welfare. It is 35% of their business.
The Problem most people do not realize about Economics is it only works if there is Circulation of money. It makes no difference how you acquire it and every difference how you spend it. Money is the bank is also good, not because the bank keeps it but because the bank helps circulate it. When money is shipped to Mexico or Stored in an Off Shore account, That is a Problem!!! and no one Ever Talks About That!!!
I have Never had Government Assistance of any kind and yet Government Assistance to others has helped me a great Deal. Built roads, bridges, clean air and water, protection, cheaper milk, kept the hospitals open and so much more. The point is, The Truth is Very Complicated!

Thanks for the holiday greetings, Jerry. And let me apologize for the screwed up blog format today...not my fault and I can never figure out how Google does this to me since the draft always look perfect. As to your follow-up essay, far too many things to address there and I would need four or five different blogs to either agree or disagree with your points. Always with me is the bottom line...and that bottom line is, as bad as the free market is, the government is worse. And, secondly, how the hell did we all manage to survive without all that government gravy...before the Great Society. And why were we a better class of people before all that gravy flowed so generously.

Finally, the column that needs to be written. Trump campaigned on cutting government, reducing the cost of government, and eliminating unnecessary programs and departments. People don't realize that social welfare spending, by law, must be paid for in full the year the program is in operation. The upshot is the EBT cards, welfare, WIC, and all the rest must be paid for each year, no deficit spending and no carrying the cost forward. All the other functions funded by taxpayers (pensions, military, healthcare, etc.) are drivers of the deficit. After Johnson's "The Great Society", trillions spent to assist "the underprivileged" (actually, the under performing), it is ludicrous to thin social spending should be immune to spending cuts. Of course, Trump's budget (like all Presidential budgets) goes in the trash, but his signal of priorities is clear and consistent with what he campaigned to do. Well said.

Yes, Randy, The Dems and RINOs will never allow Trump's cut, but it's refreshing to see some with the cojones to say the cuts are needed.