"The Lilies Of The Field" 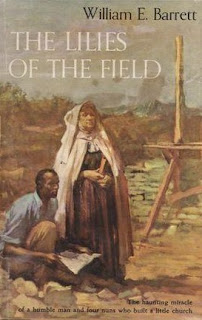 When Sidney Poitier joyfully leaped onto that Academy Award stage in 1964, he was without a prepared speech, knowing he had no chance to win.  First of all, no Black actor had ever won a competitive Oscar.  Secondly, in that year he was up against Richard Harris, and Rex Harrison, and the favorite, Paul Newman for "Hud".

Despite magnificent performances in "Porgy and Bess", and "Raisin In The Sun", Poitier had never been recognized for his acting prowess.  So what were the odds that Sydney would win an Oscar for his portrayal of Black ex-army veteran, itinerant construction worker in "The Lilies of The Fields".

So, when Sidney accepted a kiss from Ann Bancroft, and that golden Oscar, he had nothing prepared to say.  Instead he simply smiled that dazzling Poitier smile, thanked the writer of the original work, the film's director, then said "it's been a long journey".

I'm sure Poitier was celebrating as the first Black man to win an Oscar.  But that reference to "a long journey" could well have been said about the making of "The Lilies of The Field" itself.   The movie was born from a confluence of fortuitous events.

The first player in this cinematic miracle was the author of the book that the film was based on.  William Edmond Barrett was born in Brooklyn, New York.  Raised a devout Catholic, Barrett would incorporate his love of the church in many of his writings.  Moving with his family to Denver, Colorado when he was sixteen, Barrett fell in love with the written word and used the wide open skies of the American west as the backdrop for many of his stories.

So one summer morning Barrett found himself motoring across Arizona, cotton ball clouds floating over Sabino Canyon down Tucson way.  The scene proved so lovely he pulled off the road, his attention drawn to the ruins of an old chapel.  When he questioned the locals about that old church he was told of the legend of a Black man who had wandered the desert, and built that church with his own hands.  Over the years the legend had grown larger; the Black man said to have been a Black angel. 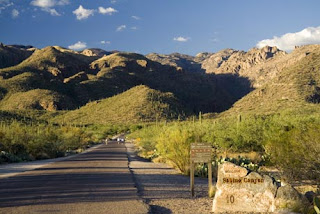 So William Edmond Barrett rode back to Colorado, and he wrote "The Lilies of The Field".

Ralph Nelson was a film director out in Hollywood.  Over the years Nelson had directed a number of memorable movies, their strongest point always being that they had a good story as their foundation.  So Nelson read Barrett's book, and he immediately fell in love with those nuns, and that rascally Black man with a good heart.  And as Nelson visualized the filming of that story, he knew it just had to be Sidney Poitier

Alas, Hollywood's moneymen weren't keen on the story.  So, Nelson, intent on getting the movie made, rounded up a few "nickel and dime" investors who forked out a measly $240,000 dollars, even in 1963 a measly sum to make a movie.  The money came with conditions; all the actors would have to take a pay cut from their normal salaries.  Sidney Poitier agreed to star, would work for nothing, in exchange for 5% of any profits the movie made.

So, the gaggle of actors all trouped over to Tucson, and set up their cameras right at the foot of Sabino Canyon.  The shooting days were long, because that movie was made in a still unheard of 14 days, and filmed in Black and White.

And when "The Lilies of The Field" was released, on October 1st, 1963, Americans flocked to it.  Americans fell in love with the simple, pristine beauty of a story well told.  And the song from that film, "Amen" began to be sung in Sunday schools across the land.

When the author of the book saw the film he liked it very, very much.  So, when William Edmond Barrett was asked about his motivation for the story, he simply said "I believe that life has more happy stories than sad ones...and I believe both book and film well illustrated the point.

Barrett would go on to write more books.  Director Ralph Nelson would go on to direct other prize-winning movies, including the poignant "Charly"....based on another wonderful book, "Flowers For Algernon".   The film profits made Sidney Poitier a wealthy man, made richer from Oscar gold.

Three men, from diverse backgrounds..on the road to serendipity, their 14- day "miracle in the desert", second only to that desert wanderer who once built a chapel at the footsteps of Sabino Canyon.

Great Story, nice way to start my Friday! Thanks!