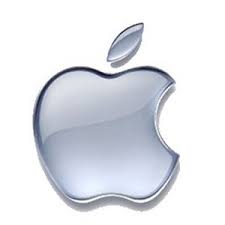 Observation:  I have a theory about Apple Computer, post Steve Jobs.  Since Jobs died Apple has just been rearranging the deck chairs on the Titanic.  They haven't come up with a single innovative new product since Jobs died.

The Mac, the iPod, the iPhone, all from Steve Jobs.  Jobs didn't like the IWatch and he was right; no one gives a rat's ass except a few big spending trolls who'd buy horse turds if someone said they were in fashion.

All Tim Cook has done since Jobs died is declared his gayness, hoisted a rainbow flag over the headquarters at Cupertino and shuffle new software that we don't need and don't want into our Apple devices.

This Apple is getting ripe and turning rotten as we speak.
Posted by A Modest Scribler at 2:00 AM

I live about 10 miles from Apple. The place is busy 24 hours a day, yet your assessment of the company is spot on: Jobs WAS Apple. Cook is not. Living on the remnants of Jobs' ideas is not a long term strategy, and with the success of the Galaxy phone series, even long term Apple fans are starting to look elsewhere. When the iPhone fails to sell, Apple is done. Very short and succinct article and I agree 100% with your assessment.

Yes, Randy, while I didn't particularly like Jobs' habit of sucking you into "Apple World", denying openly sharing content, I was always impressed with his maniacal practice of forcing innovation. Just read the other day that Apple has $150 billion in cash. They are either going to have to innovate from within, or buy some. So far they seem content to sit with their finger in their ass...and rotate one degree per year.