Adultery At The Base Canteen 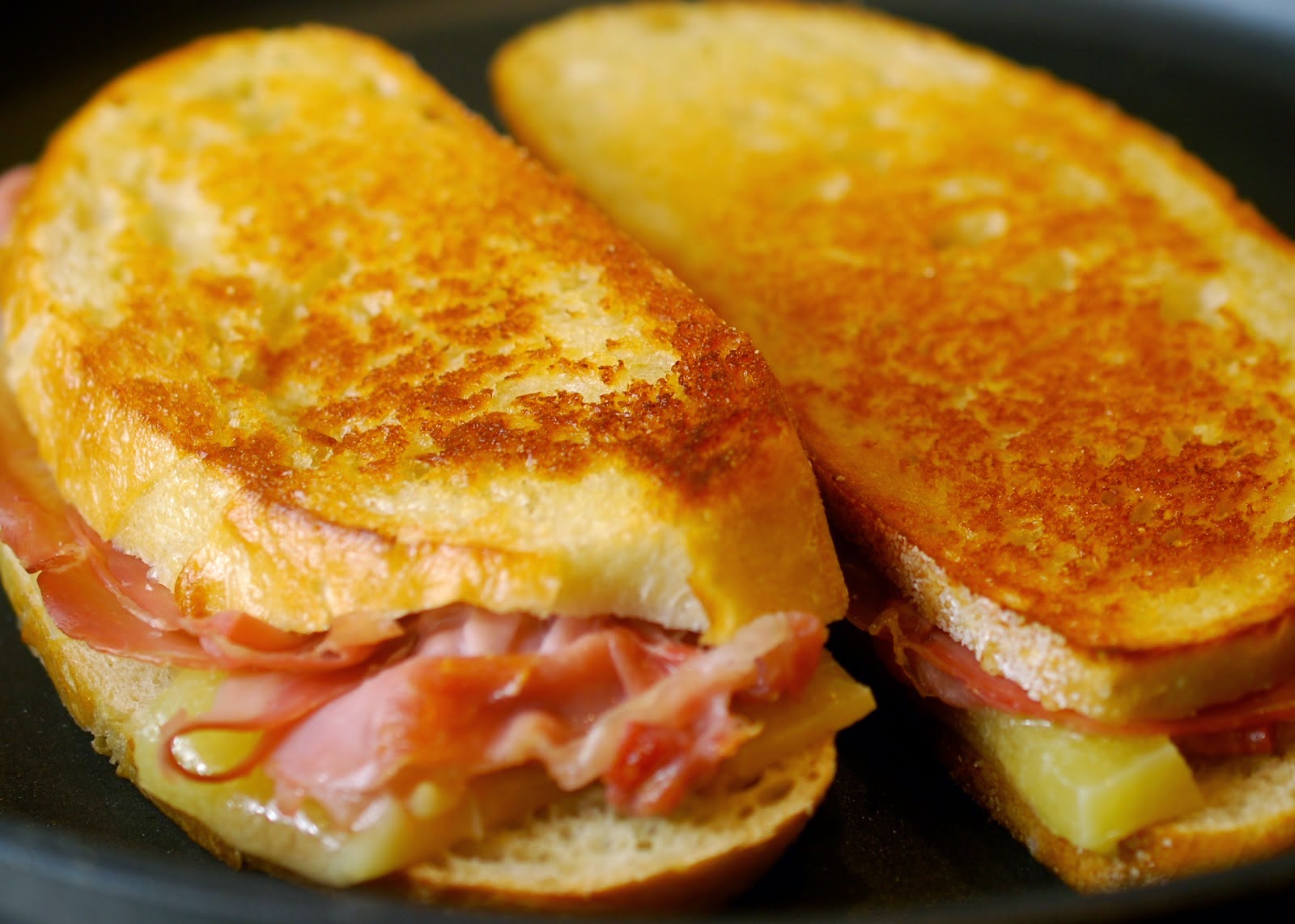 After more than forty years I'm finally prepared to own up to a bit of adultery....of a kind.  You see, if men could be branded as "cuckolders", I'd plead guilty.  And I did it all just for the pleasure of eating the best grilled ham and cheese sandwich the world has ever known.

Now, before you have me committed, let me explain.  While in Vietnam I worked night security duty on the base.   If we were not under an elevated threat level my normal shift was from 8pm to 4am.  And when I came off duty some of us would hit a little beer and sandwich canteen that stayed open 24 hours to accommodate shift workers.

So on many mornings I'd hit the canteen for a quick breakfast of beer and a grilled ham and cheese sandwich.  And fortune smiled upon me on that very first morning canteen visit.  The Vietnamese lady who ran the place took an immediate liking to me, and began flirting with me on the very first day.  While, with the other guys, she'd slap a couple of pieces of white bread on the grill, throw on a little sliver of ham, then a slice of cheese, then flop it over on the counter toward them, with me she was determined to feed me well!  So when she had cleared out the other military riffraff, she'd reach her hands into a bag of fresh french bread and pull out the two biggest slices, slather them with butter, then place them on the grill.  Then she'd select an impressive slab of thinly sliced ham and settling them on the grill to bring out the flavors.  Then she would load the ham on the bread and adding three kinds of cheese to the sandwich.  When the cheese was melted and the french bread slices were nicely toasted, she'd plate the masterpiece and present it to me as if she were offering me her Asian dowry!

My god was that grilled ham and cheese good!  And the dish behind the counter wasn't bad either!  She was a 30 something Vietnamese lady, (she'd be called a "cougar" these days) and she sported a nice rack and a nice backside underneath her white waitress uniform.   (Please note this was before my wife and I got serious!)  So I began frequenting that canteen pretty often in those early mornings...and I always tried to give her my best toothy smile...in hopes that those heavenly ham and cheese sandwiches kept coming!  My Vietnamese dining diva began calling me "milk cheeks"...she said she liked my clean, handsome looks...so I tried hard to show a little dimple any time I could!

Well, who knows where this relationship might have taken us.  She might have eventually invited me home for a little slap and tickle...and might have taught me a thing or two, too!

Alas, very soon after I met my wife...and really did fall in love with her at first sight...and she wasn't even packing a sandwich!

So, after I met my future wife I pretty much gave up on speculating about what the dining diva might teach me, and I stopped coming in so often for my grilled ham and cheese.  In time my wife and I got married and we rented a modest little hovel just off the base and I became just a loyal little hubby who commuted from base to hovel in the early morning.

But!  We all know how it is when the honeymoon wears off.  And so it was with me:  I began lusting for those early morning grilled ham and cheese sandwiches again!  So...damned if I didn't fall to temptation and slip surreptitiously back into that base canteen when I got off work.  My dining diva was still slinging hash and grilling sandwiches and, the moment she saw me, her eyes lit up, and she started googling out those lucious french bread slices for my morning grilled ham and cheese.

I gave her my best smile and said "make it two, please"..."to go".  So my cougar put together two stacks of ham and cheese heaven, wrapped them in foil, and smiled me out the door.  Well, I carried those two sandwiches home; one for the wife, one for me.  And my dining diva never found out that I was "cuckolding" her with another.  Guess she thought I just had a very big appetite.

I was a bit guilty...but happy.  And "milk cheeks" often scored "dessert" after those early morning breakfasts!  ;)
Posted by A Modest Scribler at 2:00 AM

Wow, you devil, you! But they do look good, yes even tempting! and now you have the best of both worlds. Your very own cougar and toasted ham and cheese!
doesn't get better than that. I think today as I watch the Oregon Ducks play at the Rose Bowl I might just have to make one of these for myself!

Well if your wife ever gets mad at you, just remind her that you could have had the dive, but chose her instead! Hope you had a great Christmas and a better New Years.

Thanks for the tip, Trevor! I'll keep that in mind if I ever need it! Holidays were great...hope yours were too!