"The Princess And The Castle" 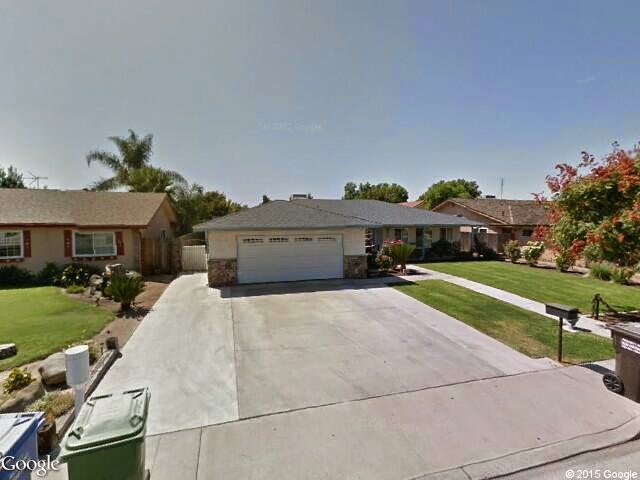 "The Princess and The Castle"
I arrived at "the castle" at 1327 Barbara Street on a beautiful and sunny September morning in 1980. I loved surprise visits and here I was, taking a detour from making my way to Officer's Training School over in Texas, pulling into the drive of the aging Cinderella who owned the place. Someone had found the glass slipper and it fit her to a tee and, after 60 years of living in cabins and cottages, hovels and houses well past their prime, the princess now lived in this spanking new home. The sprinklers were showering the newly laid lawn and the flower beds were brilliant with multi-colored flowers.
As I walked up to the door the sweet scent of strawberries sweetened the air from the patch across the street. The front door stood open and I peeked through the screen and issued an "is anybody home?" and the princess sprang from her chair and with an "oh!" greeted me at the door with a kiss and a hug, along with a stern reprimand for not telling her I was coming.
So she poured coffee and asked me half a dozen times if I wanted breakfast, and then we settled into an ease of conversation I had been blessed to share with this lady for forty years. I looked with great admiration and pride at this spanking new home, clean, pristine, and welcoming. The paintings on the walls, the furnishings, all just right, all adding warmth to the place. She, having been forewarned about "prides before falls" was modest in receiving praise about her home, though I could see immense pride and happiness on her face.
The price had not been cheap....one day, two years before, while driving to work at the yarn mill, she had been hit on a country road. She suffered multiple lacerations and her knees had been crushed, and after multiple operations she was able to hobble around but would never again take a walk around the block. With the insurance settlement she had paid $72,000 cash for the "castle" and furnished it with the only new furniture she had ever owned in her life. So, here sat the princess on a sunny September morning, holding forth over the "castle" and I was as happy as Christmas morning that my mom could now live her remaining years in security and comfort.
Oh, she still lived frugally; her small social security pension was laughable....but for a woman who raised three kids on a waitress pay, who once divied up dollar bills and quarters in the "gas bill envelope" and the "electric bill envelope", she would make do with the tiny pension.
And for the next 20 years "the castle" and "the princess" was there waiting to meet me at the door as I came from overseas, and later commuted from San Diego for a day or two visit. And when she knew I was coming there would be a pan of enchiladas and a green salad and a pitcher of tea prepared for one of her "knights."
And when it was her time to go, I spent her final nights laying on a futon below her bed, listening to her talk to her angels, calling out one dearly departed family member after another...a chorus of them letting her know that they would be there to welcome her when she passed over. And in those last days she kept watch on us, urging us to eat, evan as she couldnt, expressing her love for us over and over, as if she hadn't already proved that over and over throughout the years.
So, on a beautiful summer day in October, 2002, the princess rose to look at her loved ones as they surrounded her bed and gave her permission to go, and she looked at them one last time from beautiful loving eyes, and as two glistening tears dropped to her cheeks, the princess took her last breath and was gone. After she passed we found her sweet and lovely letter, giving us instructions on who to contact for her already paid for funeral. As she had done all her life, "the princess" had done everything she could to make things easier for us....so the hardest thing we had left to do was to say "goodbye". And that was the hardest thing of all.

Glad she got her "castle", tough way to get it. Nice that you could be there, and your mom, surrounded by family.

Good morning, Jerry. Yes, I was grateful that I could be there to say goodbye.

So sweet, Stephanie. Thank you.