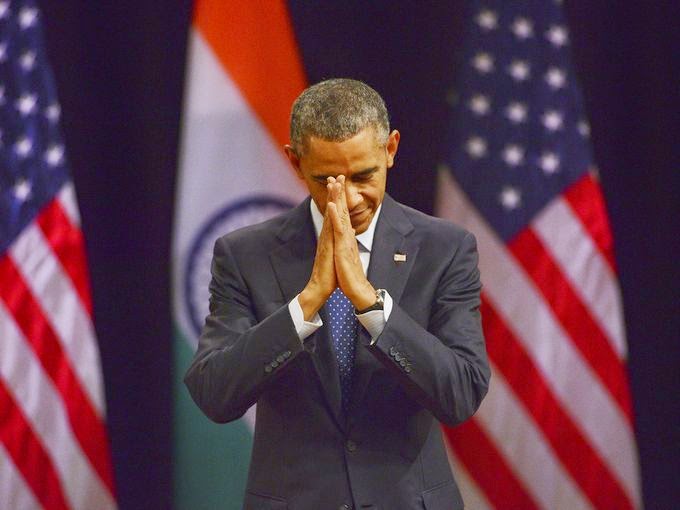 A week ago last Tuesday night Barack Hussein Obama mounted the podium in our Capitol building and delivered his 6th State of The Union Address.   Texas Congresswoman Sheila Jackson was said to have sat in an aisle seat for nine hours prior to the address, just to make sure of a camera op when Barry came down the aisle.  Unfortunately, America was not as anxious to see or hear Barry.  Only 29% of America tuned in.

America has heard all of Barry's "I" speeches before.  They've long since given up that this man child of a President will ever solve a single problem....instead, Americans are just trying to hang on and hope Barry can do no more damage before his term blessedly ends.

The lack of significant audience didn't deter Barry from his appointed "I" rounds.  He drew applause when he boasted that he had no more elections to win.  And Barry stood proudly and took credit for the oil boom, even as he fought tooth and nail to stop it all along the way.  In fact he took credit for an economy that continues to stumble but which he characterizes as booming!

After the SOTU address he motored back to the White House and conferred with the IRS about who he might persecute for any scattered snickers in the House chambers....then agreed to the IRS signing a operational contract to streamline the IRS...with the same company that bungled the Obamacare signups.

After a weekend without a round of golf, Barry was going stir crazy so he fired up Air Force One and headed out to India.  And Barry again veered away from trade talks and began lecturing the Indian government on how to build cohesiveness among the Indian people...how to show leadership that doesn't divide disparate groups but unites them.

At one point in his speech Barack begin talking about the divineness of his "Blackness".  "I" have felt the pain of being treated badly because of the color of my skin", whined Barry.  Alas, if he could only have gone just a little further, to describe how his taxpayer paid scholarships wounded him, or how not every single student would stop to listen to his hate America speeches in Harvard Square, or how his buddies gave him the first toke on the pot sticks simply to cover up their prejudice, or how he only got 115% of the Black vote in Philadelphia.

But, again, despite all the "I" talk, we are still left to wonder what pain we have inflicted on this Presidential man-child.  Yes, admittedly, some of us who opt for a more conservative policy path, have opposed Barry at every turn, and we despise the level of corruption that exists under his Presidency...but that has nothing to do with the blackness of his skin but, instead, the blackness of his heart.

Barack Hussein Obama has an eye problem because he simply can't see that America rejected his policies and made that known in last November's election.  And, America is world weary of Barry's "I" problem and wish he would listen to "us".

I intended to watch the speech but upon further consideration I realized I already knew what he had to say and would only get angry. So we played parcheesi with the kids and had a nice night instead.