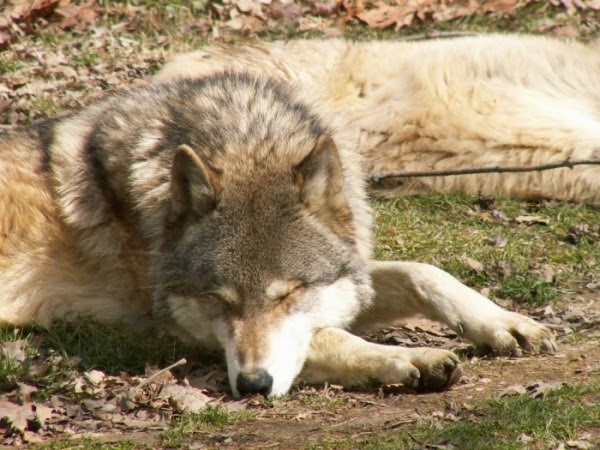 Some 16,000 years ago a man was sitting around a campfire. Lonely, and alone. Out on the cold perimeter of the campsite sat a wolf, the fire reflected in its eyes. The wolf sniffed hungrily at the smell of rabbit or some small prey being roasted over the fire. Maybe he edged a bit closer. The man, warmed by the fire, but cold of heart, might have yearned for a little companionship. Perhaps, as he ate, he threw some meat scraps, or a fleshy bone out toward the wolf. Thus began the mating ritual of wolf and man.

Maybe the next day, as the man went out to hunt, the wolf followed, hoping for a few spoils from the hunt. Perhaps the next night, the wolf edged a little closer toward man and fire. Again, a bone or meat scraps were proffered and wolf and man began to feel a tiny bit kindlier toward each other...perhaps driven by mutual loneliness. At some point want and need intersected and the wolf, maybe a micro-fraction lacking from total wildness, finally approached the fire, then sat cautiously back, six feet away. Far enough to bound away should the man show aggression. And the mating dance continued.

Soon man and wolf walked side by side. Perhaps the wolf displayed loyalty and courage and moved to protect the man in a moment of peril. Or maybe a gentle hand on soft fur, and a gentle lick of a hand sealed the deal for both of them. And man was to learn from wolf the art of unconditional love, sense in the wolf a willingness to sacrifice his life to protect his new found friend. And man learned even more; if he were willing to extend even a small measure of loyalty and love, it would be repaid in greater kind by one of God's greatest creature gifts.

We know this story is true....researchers have compared the DNA of wolf and dog and found them identical. Alas, if we could only tame the human species as well.
Posted by A Modest Scribler at 2:00 AM

The taming of the human species will be difficult as we have never learned the first rule: don't bite the hand that feeds you!

That relationship was born from need. Today, that same Man would eat the dog rather than befriend him. The Human Species has turn from Savage to Civilized back to Savage. Taming it? Not a chance. Hatred runs too deep.

Frank, I order you to go into the kitchen, get yourself a nice bowl of Honeynut Cheerios, slice a banana over it, add some milk, and eat it right down. You're extra sour this morning and definitely in need of a little sweetness. :)