"Bringing A Piece of Home" 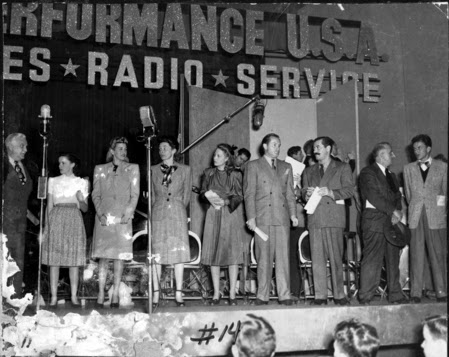 The other day I talked about how we G.I.'s serving overseas got our news.  I was a bit critical of some of the filtering of the news we got.  Lyndon Johnson didn't want us hearing "Hey, Hey, LBJ...how many boys did you kill today!"  And indeed we didn't hear...weren't even allowed to know what the death count for the week was.

But, aside from the news, I don't know what we would have done without Armed Forces Radio. (AFR).  We had Armed Forces Television too (the name evolved after TV into AFRTS.)  We didn't get time to watch much of Armed Forces Television but we sure listened to a lot of AFR.  We heard the bowl games, some championship fights and even a few of the pro games.  But most of us tuned in for the latest music from the States.  We'd get an hour of Casey Kasem, another from Dick Clark, even Wolfman Jack.  Of course there were no commercials (that's a requirement under copyright laws that allowed us to listen royalty free) so our "commercials" were usually some grunt broadcaster reminding us to change our socks daily to avoid jungle rot, brush our teeth, and, if we hadn't used a condom, to be sure to wash our weenie and take a pee if we had co-habitated with an Asian wench.

Later on, on my subsequent overseas tours I was able to listen to a bit of radio AND watch some TV.  In Korea we'd get tape delays of the latest episodes of the popular TV shows and, after Satellite came in, we'd get to see some of the college and pro football games live, or tape delayed for those who were on duty at the time. Again, commercial free....usually the fill-ins by that time more civilized; they'd give you one minute on the benefits of shopping at the BX, or why you ought to re-enlist and get all that free lifetime government health care that we no longer have.

The history of Armed Forces Radio is fascinating.  Seems, at the beginning of WWII,  the government thought the boys overseas might appreciate someone bringing a piece of home to them.  So the military came to America worshipping movie director Frank Capra, ("It's A Wonderful Life", "Mr Smith Goes To Washington") and asked him to get the ball rolling.  Capra was already in charge of making war documentaries so AFR was just an offshoot of that effort.  So, at Capra's direction, the military started drafting radio station engineers, electricians, those with broadcasting experience, sent them through some technical training specific to the military's broadcasting needs, then brought them all up to the Fox studios for final training with the equipment they would deploy with. 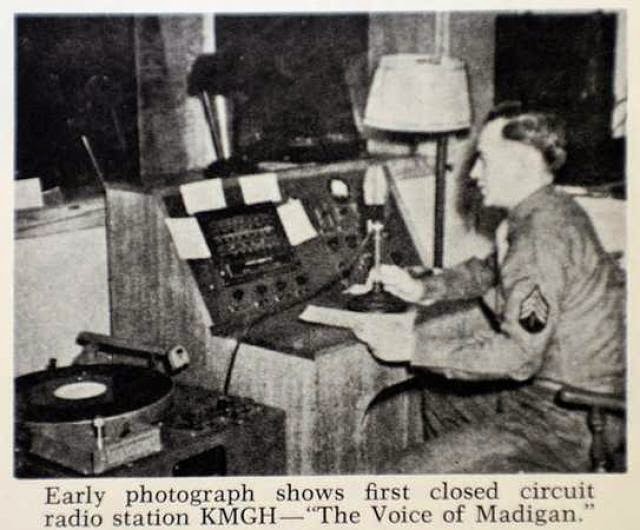 Well the first five broadcast teams were sent out to the Pacific, including a little island called Guadalcanal, a place you just might remember from battle lore.  They set up these little broadcast stations in Quonset huts, fought the jungle dampness and rats eating their power cords, and got down to business with their 1 kilowatt stations with a listening range of about five or six miles (for security purposes).  One of the team would interview soldiers who might have an interesting story, or a joke, while another team member would run a microphone down to the chapel and record the Sunday service.

It was not until the "software" caught up with the "hardware" that the fun began.  First the radio networks jumped on the bandwagon and began recording an extra record disk of their latest radio shows and putting it on a military bird headed out to the Pacific.  Those disks would then be played at those little AFR field stations in Buttfuck, Egypt and Borneo, or wherever a G.I. was fighting.  Within months the G.I.s could listen to the same radio shows mom and pop were enjoying back home.

Hollywood went huge for the war effort in those days.  In addition to the Hollywood Canteen, the stars would run out and entertain troops in military hospitals, on the thousands of military camps spread around America and anywhere else they were asked to show up.  Then CBS came up with a really unique radio program called "Command Performance."  With the CP show the G.I's would write in and request specific entertainers to appear on a radio show and perform a favorite tune, a favorite comedy gag, or a reading of a particular literature piece.  The show was a huge hit and ran till every G.I. got home from the war.

The key to AFRTS's success has been the generosity of Hollywood.  Unlike commercial broadcasts, AFRTS pays no broadcast or royalty fees....the only requirement being songs are played and shows are broadcasts without commercials.  Well, who the hell doesn't like "no commercials!"  So AFRTS is now, by my count, 73 years old.  And G.I.'s around the world are gifted because someone is bringing them a piece of home wherever they are.

I've had friends who have travelled around the world, and often.  They say, in a lot of places their only source of information is CNN International.  They tell me they'll start scanning the radio dial and enjoy listening to the local Armed Forces Radio station....that's pretty damn cool.

I really like these stories, personal histories that you share with us. This is lost history, not the kind you find in the history books. Our military today is totally disconnected from society or we from them. Oh, we know the headlines, but these intimate moments are always left out. It is not all guts and glory, sometime a cheese sandwich is pretty important too!
I wonder too, what should be in the ideal "care package" to our servicemen and women? Strange question, I know. Just "something" to bring the disconnect a bit closer.

Thanks for the kind words, Jerry. I've sent a few care boxes, using the advice of the folks at Operation Shoebox, an organization that forwards care packages to the troops overseas. The like cookies in tins that can withstand shipping and the elements. And beef jerky and skin moisturizers and especially clean wipes cause sometimes that's all they have available to freshen up.