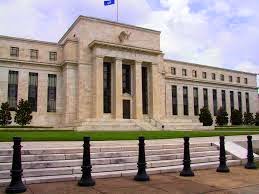 Okay boys and girls, today we're going to have a little refresher course on the Federal Reserve and the U.S. banking system.  Pay attention because I'm going to ask you a few questions when this is over.

Remember the "Fed Window?" That's the electronic gateway that grants the big money banks daily access to Federal Reserve Funds.  As you might remember, despite all of Barry's boasts about a vigorous economy, the Fed has been loaning out money to banks at obscenely low interest rates; in the last few years from 0 percent to 1/4 of one percent!  Pretty good, huh?  And keep in mind, those low bank borrowing rates are in addition to the FED's "QE program" where the Fed has been pumping $70 billion dollars a month in an effort to jumpstart the American economy.  QE1 was $20 billion a month, and that wasn't enough so they went to QE2 at $45 billion a month, then when Barry kept demonizing business and thwarting free commerce the Fed had to go to $70 billion a month!

Okay kids, can we all agree that the Fed has been very generous to the big banks?  And can we remember (through these blog essays) what the big banks have been doing with that free Fed money? Yep, they've been sitting on it, building up cash reserves because Obama and Holder and Obama's banking czars will shut them down if they don't maintain big reserves.  Oh, a little filters down into the economy....Chase Bank will take that zero interest fed money and issue you a credit card with an 18% interest rate...pretty nice, huh?  Or, if you're willing to put down half the price of a house as down payment, and you have a FICO score of 800 you might even get a home loan from a bank.

Okay, boys and girls, are you ready for some questions?  Here goes!

1)  If the banks aren't putting that Fed money into the economy why won't the Fed loan you, the citizen, the money?  Hell, you'd jump at the chance for a 4% home loan directly from the Fed, wouldn't you?  And, if the Fed did give you a home loan,  can you imagine how quickly the housing market would rebound?  And for you current homeowners, how happy would you be to have your home value rise to what it once was?

2) So, if direct lending to the consumer would jump start the housing market, why wouldn't the Fed do it?  NOPE! I'm not going to give you the answer yet!

3)  Hey college students!  How would you like to have 1% student loans and be able to afford making payments on those student loans you've made?  How much would the economy improve if a college grad could afford a car when he graduates....or some furniture not from Ikea?  Or a move out of Mom and Dad's basement?  So why isn't the Fed giving you a loan that would yield four times the interest that the big banks are paying them?  NOPE, I'm not going to tell you!

4)  How about direct Fed loans for small business?  Hell, they make up 70% of all business in America!  Why won't the fed prime the economic pump with...oh, say 3% business loans at 12 times the interest that they are giving Big banks?

5) Car dealers?  Restaurants?  Home Depot and Lowes?  How happy would those businesses be to see a customer with low interest cash walking in to buy?

Okay boys and girls...time to give me an answer as to why the Fed isn't sending loans your way.  Have you guessed it yet?

Cause you're a damn poor credit risk and Uncle Sam doesn't trust you with THEIR money!

Oh sure, they'll dole out money to buy votes.  They'll reward their "besties" with killer deals.  They'll even take a multi-billion dollar dive into failing solar companies and exploding battery makers!  And they'll fund grants to study the sex life of the six horned frog, but YOU aint' gonna get a break!  They don't trust you!  Get it now?

Yes, they will trust banks that almost destroyed the economy in 2008!  They'll let illegal Mexicans  spend $11 billion dollars in IRS child tax credits each and every year, thus pumping up the Mexican economy!  They'll even loan an African 'babooki' tribe millions, then write the loan off as good diplomatic relations.  They'll give the Palestinians $49 million dollars in a single week to rebuild what they themselves destroyed...but not you sucker!

And how about all that foreign aid that Uncle Sam GIVES away?  How's that been working out for us?  Anyone love us for giving them money?  The answer is "no!"

So, boys and girls, fellow citizens, taxpayer pals of mine, I'm sorry....if you're expecting the Fed to give you support and succor you're delirious.  You're a square peg in a round whole that just doesn't fit their "loan profile".   Yes, they have a "voter block" profile, the green check crowd that will vote "big government" every time...the bigger the better.  And they have their "corporate" profile, the lobbyist boys who enrich a politicians pocketbook and re-election fund.  But, sorry, no loan profile for you, the "working stiff" that pays the bills.

Class dismissed!  Please be quiet in the hallways!

Thanks for this. I really like what you've posted here and wish you the best of luck with this blog and thanks for sharing. JumpStart Federal Way