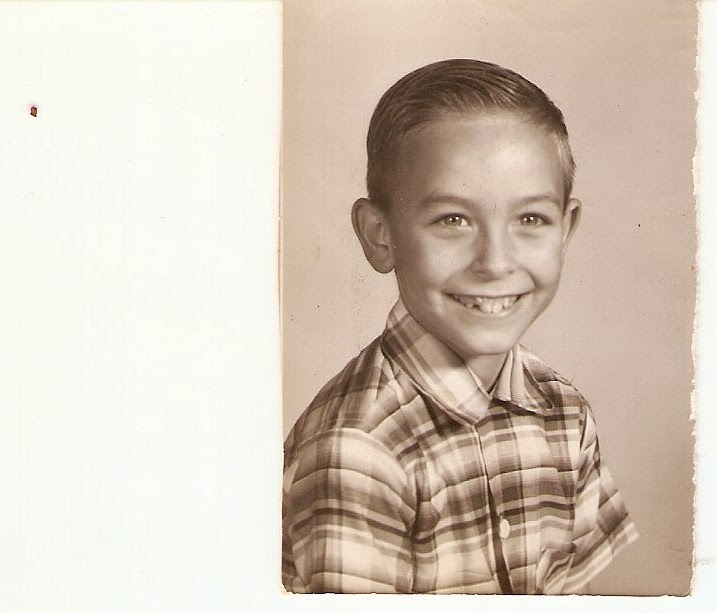 The guy in the picture is a cop, now retired.  My brother.  When he was growing up he loved climbing monkey bars, playing marbles, running foot races, carry a football down a football field.  He was a great pitcher, sought all over the county by teams who needed his strong arm and will to win.  When we were growing up there were few families as poor as we were, so my brother understood poverty and being underprivileged and alienated.

He mowed lawns, hauled furniture, strung Christmas lights or picked grapes when he was probably too young to do any of that.  He served a hitch in the Army National Guard and when he was done with that he applied for a job with the police force in our city.  He had such a fine reputation, such sterling character that he was the only police recruit to have his police training sponsored and paid for by the police department.

When he graduated from the police academy he hit the mean streets.  He rescued wives from a battering.  He saved children from abuse.  He pulled battered bodies from auto wrecks.  He patrolled the city streets and kept his little town safe at night.

One night a druggie threw PCP in his face and he narrowly escaped death by PCP.  Without the heroic efforts of another cop who had been similarly afflicted he might not have made it.  Even so, for nearly a year after the incident he still suffered from the shakes and found himself having to control his voice because it would surge in volume as the nasty aftereffects of PCP chemicals still trying to attack his brain.

He would later become a K-9 cop, spending hours in training with his canine partner.  He treated that canine as well as he would a human partner....and he grew to love that dog as he loved himself.  And he cried when his K-9 friend crossed the Rainbow Bridge...cried like a baby.

My brother saw the worst human behavior that the devil can create.  He has walked into trouble and never knew if he would walk away alive.  And yet, remarkably, he never lost the sense that people are basically good, never became cynical about the human condition....always tried to find the good..sometimes when there was little "good" to be seen.

And, when his shift was done, his family breathed a sigh of relief that dad and husband was home safe once again.  Home, to hug and cradle his children, to watch with joy when they opened their Christmas presents, or blew out the candles on a birthday cake.  Husband.  Father.  Cop.

And there are hundreds of thousands of good cops across America...just like my brother.  As in every segment of society, there are a few rotten apples.  That's to be expect...they are human.  But, to condemn all cops for the deeds of a very few is despicable.  While the military "stand the wall" around the world to protect freedom, it is the cops who "stand the wall" to keep you safe at night.

Our President, and his tax-dodging, or politically motivated allies, says we must not "militarize" the cops, even as the mean streets of America become more savage every year.  Our politicians create a hell of a mess and then leave it to the military or the cops to clean up their mess.  And then criticize and publicly persecute them when they do.

Just try to imagine a world without the military or without the cops.  Imagine the savagery and chaos that would ensue without those who bravely go out every night and day and "stand the wall."

Maybe I put my brother way up on a pedestal because I love him so much.  Or maybe, just maybe he belongs there with the other two hundred thousand sentinels that keep me safe at night.
Posted by A Modest Scribler at 2:00 AM

Yes, thank your brother personally for me. I could never become a Police Officer, frankly, I am just not nice enough. It is one thing to intellectually respect everyone but if someone got in my face I would grind them up into hamburger. No, I am not a pacifist.

Your brother sounds like the officer everyone wants to have leading and patrolling their neighborhood and city.I would not have enough self control in dealing with the worst offenders,the ones that harm women or children.

Wel said, thank you and your brother.