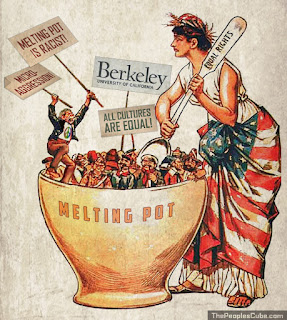 Assimilate:
"to take in and utilize as nourishment : absorb into the system. 2 to absorb into the cultural tradition of a population or group the community assimilated many immigrants."
This week North Dakota's capitol city, Bismarck, with a relatively tiny 95,000 population, will decide if they want to take in any more refugees. According to local news reports the 22 member city commission has decided to declare a loud "no".
Now this would be a little startling, given that only a few years ago cities in North Dakota was promising free or cheap houses for anyone who would come and live up in their frosty climes.
A little background is required here. On 26 September of this year President Trump issued an Executive Order that said no American city would be forced to take in an already drastically reduced refugee quota. The Executive Order specifically requires each city to declare their willingness to accept refugees, with none to be relocated in that city unless an acceptance documented is forwarded to Washington.
So let's get back to tiny Bismarck. Doesn't a capitol city need a larger tax base? More people to pay property and sales taxes...to fund schools and museums and local community centers?
Apparently Bismarck is suffering from the same unsavory melting pot that the rest of America is feeling. Folks who immigrate here, refuse to assimilate by learning English and respecting our traditions. Instead we keep getting the rest of the world's dregs.......folks who make their living by crime....or exploiting the wonderful "Disneyland" of public benefits.
And can we find no better example than up in Michigan......where entire population conclaves consist of Muslims, bound and determined to ignore U.S. law, and live by Sharia Law only.
Ironically the ACLU is taking the opposite tack from Trump's position They are suing Trump for his miserly refugee quotas. And the ACLU, who normally battle to prevent folks from being forced to do anything, now argue that cities and towns should be forced to take in refugees.
I'm with the President on this one. The American Melting Pot has become a bitter brew these days.
Posted by A Modest Scribler at 2:00 AM

This is America. The PEOPLE should decide if we want to let in Refugees. Not the Government. The Government doesn't have to worry about Criminals until after the crime is committed. To late. We have enough Criminals who are American Citizens. No need to import more....