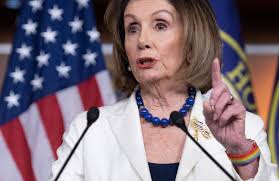 This past week we saw three of four well succored liberal legal scholars testifying in support of impeaching President Trump. (Not once did any of them find a problem with Obama's "live mic" concessions to Russia, or his treasonous speech to the Egyptian Parliament, when he said America was no more special than any Islamic fiefdom. We also didn't hear any liberal lawyering about the Clinton Foundation corruption...and not a word about Biden's son and his half million dollar salary with a company that ripped off $14 billion of our tax dollars).
On a separate front Democratic Speaker Nancy Pelosi reiterated that these impeachment proceedings have nothing to do with politics. (If you believe that can we talk about a deal I can offer you on a swamp in Georgia?) Pelosi also said she doesn't hate Trump........cause "she's a good Catholic girl" ((who just happens to support 500,000 fetal murders each year)). Pelosi even says she prays for Trump every night. (Perhaps with needles and voodoo dolls?). Pelosi said if Trump is allowed to continue in the Presidency "civilization as we know it will be destroyed forever!"
Most of America is paying little attention to the Democrats' dog and pony show. Why?
Perhaps some answers can be found in Friday's job report. A whopping 266,000 jobs were created last month and the unemployment rate fell to 3.5 percent.......the lowest in half a century. 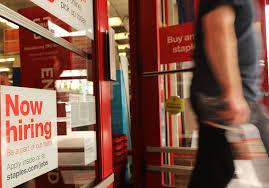 Better yet, American wages increased 3.7 percent. That puts an extra $100 bucks per month in the average worker's paycheck.
Please give us more of that civilization destruction that Nancy and her ilk fear so much.
Posted by A Modest Scribler at 2:00 AM

Does she(they) think we REALLY believe what she is saying? I know how she slants it, but she's right. Civilization as we know it won't be the same. It will be better. Thanks, Nancy. You're "sky is falling" mentality has solidified our beliefs that President Trump is on the right track. I don't know who writes the Dumbs speeches but they should be fired. Doom and gloom in the face of prosperity is so comical, Saturday Night Live couldn't do a skit and do it justice. Read the numbers and weep, Dems. You can't change facts(even though you are trying like Hell to change them).....

The Democrats will impeach simply because they have the votes. The Senate will not remove him. Then what? Can anyone imagine the Executive branch and the Legislative branch ever working together again? Unless one party controls both the presidency and Congress, we will have a government essentially paralyzed, which is not necessarily a bad thing. Despite Al Green's statement about impeaching Trump again, the Democrats hope is in the election, yet the polls show an American voter unimpressed by the entire.lot of Democrats. Gonna be fun to watch when Trump goes on offense.

Here in Phoenix our local CBS, NBC and ABC are airing the Democrat dog and pony show live. I'm sure all three networks are suffering from declining morning ratings but, hey, that's the sacrifice they make at the altar of liberalism. Thankfully the local Fox affiliate has opted and is actually airing the news.

Randy, I too am excited about the upcoming election. It's setting up to be a hundred car pile up and who can resist that?