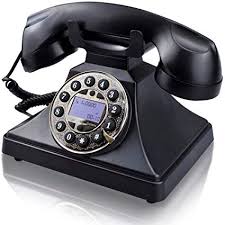 Remember when AT&T had a monopoly on the phone business? Remember when you paid ten bucks for a 3 minute long distance call? (today I can talk or text all day on my bare bones phone plan if I want to) Remember when you couldn't own your own phone......and had to shell out monthly to rent one of Ma Bell's phones?
What a transformation in communications, huh? Well the American education system is slowly being dragged, kicking and screaming, into a new 21st century model. One that gives parents greater freedom with their choices of where their children go to school.
This week Arizona is celebrating the 25th anniversary founding of charter schools, this despite massive opposition from the teacher's unions and Arizona Democrats. Fortunately charter school foes are losing the battle. Today hundreds of thousands of Arizona kids enjoy open enrollment in public schools. Parents are now free to send their kid to any school in any district, as long as you can get them transported to that campus. Lousy schools are now suffering and funding is drying up for those schools offering sub-par educations and the performing schools are being rewarded with higher enrollments/more funding. On the charter school front the results have been more dramatic. Parents are now finding their kids scoring higher on both national and Arizona Merit achievement tests. And over in the public school nirvana of California their own Stanford University measured charter school performance across 43 states. The found charter school kids scored higher on achievement tests, experienced greater success in entering college, and scored better paying jobs when they graduated.
While I still believe that K-16 education will someday be administered via a home computer (brick and mortar schools have just become too expensive), it is heartening to see the teacher's union monopoly finally going the way of Ma Bell. Parents should never have to bow down to the ogre of an education monopoly that leaves their kids illiterate, educationally capable only of flipping burgers and marching for a "livable wage".
Three cheers to charter schools. Three cheers for Arizona who not only encourage charter schools but backs it up with tax write-offs to folks who wish to donate to those charter schools.
No one wants a Ma Bell type of monopoly when it comes to their child's education. (Yes, many of our liberal neighbors send their kids to charter schools, even as they campaign against them.)
Posted by A Modest Scribler at 2:00 AM

Is that a typical Democrat move or what? My guess is Children don't get Liberal brainwashing in Charter Schools. Great that kids get the same education I grew up with. NO Political bias. Politics had no place in our Schools. You learned your Politics from your Parents, like it should be. Congrats, Arizona!! Kicking the Liberals to the curb couldn't come at a better time.

In CA, it's the same story. Teacher unions fight ferociously against charter schools (the latest tactic is a bill requiring charter school teachers to be union members. It's failing.) while simultaneously arguing that no public school teacher should be the subject of any objective evaluation. Their reasoning is that when the teacher obtained a teaching certificate, that eliminates the need for further scrutiny. Sent my boys to a private Christian school. Expensive, but worth it. CA public school teachers are the second or third highest paid nationwide, with an average salary of just over 84K. This, for 8.5 months work yearly. My brother in law is a PS teacher and brags about not saving money because of his pension. On a more serious note, today 18 years ago my wife and I were in a bed and breakfast in Key West. I got out of the shower and she said "An airplane hit one of the Twin Towers." I thought it was some dummy in a Cessna 172. When I saw the second 767 go wings level into the second tower, I told her "The world as we know it just changed forever." Never forget.

Randy, we also sent our children to Catholic private school, though we could ill afford it. It paid off as all three kids are productive and independent. As to 9/11, I have posted a blog essay here to pay homage in and every year. I did not this year as I've pretty much said what I wanted to say about the tragedy. (I did post a new essay on my FB page). You are right of course; the world before 9/11 is no more.