A Mexican "Karma Combo" With A Side Of "Ouch!" 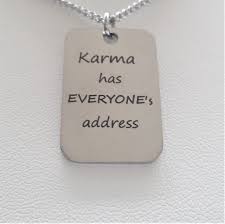 The Supreme Court's ruling on Wednesday that uphold's President Trump's right to force Central Americans into pleading asylum in the first country they arrive in has sent shock waves through Mexico's halls of government.
Specifically, according to the now decades old Refugee Accords, asylum seekers were suppose to plead for asylum in the first country they come to. Unfortunately for the U.S. Central and South Americans have chosen to cherry pick their asylum choice and it is always the U.S. due to liberal court ordered benefit mandates that reaps the refugee a sweet life, paid for by the U.S. taxpayer.
Then, this past spring, Trump's Justice Department read the fine print on those original refugee accords. And it seems our masters at the United Nations gave us an out......suggesting that refugees seek asylum in the first country they transit through.
Well the liberal San Francisco-based 9th Circuit Court of Appeals stepped up and cried "foul"......injuncting Trump's Justice Department from enforcing those refugee guidelines.
On Wednesday The Supremes happily stepped up and ruled the 9th Circuit's meddling in this country's immigration policies as beyond their authority.
As a result of the Supreme Court's decision tens of thousands of Central Americans, awaiting asylum hearings, are running around down in Mexico with their hair on fire, and Mexico is in a tizzy trying to decide how they are going to deal with potentially millions of their southern neighbors who, previously, they could just shuffle north to the U.S. border.
Reports from the liberal Gannett newspapers are reporting refugees awaiting an asylum hearing over in Mexico are crying "but we don't want asylum in Mexico.....we want the Sugar Daddy a little further north!"
Mexico, in turn, is both shocked by the Supreme Court decision, while trying to figure out what to do with all those caravans. "Hey, this isn't fair!", says Mexico. "We shouldn't have to provide Mexican government benefits to those who are coming here illegally!" (How's that for a little bitch-slap Karma for a country who has dumped their worst on the U.S. for decades.)
So the feeling among folks who believe immigration laws should be enforced are a bit gleeful this week. Mexico and their Central and South American neighbors have just been served "the Karma combo" with a side of "ouch!" Good for them............they deserve to get a dose of the bitter medicine they've been forcing down American throats for decades.
Glad. Damned Glad.
Posted by A Modest Scribler at 2:00 AM

To the misery of the leftists who insist Trump is incompetent, every time the SC rules on actions taken by the Trump administration, they side with Trump. That indicates the lower courts are so politicized and should be considered corrupt. Our government is so broken that it will never be repaired.


Yep. Re the politicalization of the lower courts, last I read Trump has appointed 120 plus district judges so perhaps the tenor of the court will be shaded more toward Constitutional mandates. Too bad that we still have those liberals in the top court who still rule by political fiat. Waiting for Ruthie to wing off to liberal heaven. It's a foot race now with only some 15 months left for Trump to select one more Supreme. (Anyone following the latest resurrection of 19 year old Kavanaugh's misdeeds? Liberals never give up).