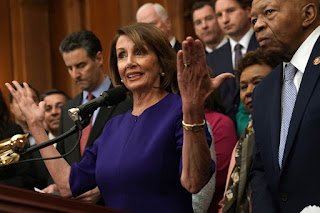 In response to the armies of Central and South American caravans moving their way toward our border President Trump has pledged to cease doling out tens of millions in foreign aid to those countries.  The Democrats say it's a big mistake...that Trump ought to be doing just the opposite; flooding those countries with greenbacks.  In fact we have contingents of Democrats making pilgrimages to those countries this very moment; telling these countries our President is wrong.

Show of hands, please.  Who has not heard this many times before?  That's the Democrat mantra...throw more money at any problem and it will go away.

Really?  A few years ago the New York Times calculated that between municipal, county, state and federal, we have doled out $100 trillion dollars to wage a war against poverty since 1965.  These include funds to upgrade schools, build soon to be housing ghettos, given hundreds of billions in scholarship money, allocated urban renewal money, and doled out trillions in welfare, food stamps, Medicaid and no less than a hundred other government giveaways. 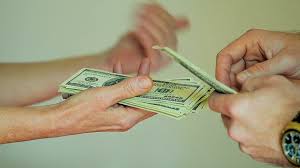 And what have we got for those trillions?  Before those programs started 75 percent of Black families were two parent households.  That percentage today is down to 25 percent.  School achievement tests have gotten worse, we suffer from a huge increase in school drop outs, and crime has never been worse in the urban killing fields.  All we have seemed to spawn from all the money we've paid out are a "5th Column" of budding socialists who want more....and want to hate those footing the bill.

And on the foreign front we've spent tens of billions since the 1950's, trying to prop up both dictator and Socialist wanna-bees down in Latin America, only Israel getting a bigger percentage of that loot than Latin America.  And what has it gotten us?  60 million Hispanic invaders since the early 80's, more crime, more payouts to the uneducated and impoverished, crippling stress on our social safety programs.

So, if you believe the Democrat's solution is the right one I've got some time shares that I'd like to talk to you about.  Face it, folks.  As long as the Democrats hold the power in any municipality, or state, or in Congress, we will never solve either our urban domestic woes, nor our immigration problem.
Posted by A Modest Scribler at 3:00 AM

What's even worse is despite the thousands pouring illegally across our border, Democrats insist it is not something worth addressing. They are concerned with insuring cross dressers receive Constitutional protection. The level of disfunction present in our government is staggering to behold. Johnson's Great Society has been a failure, and not because we spent too little. You CANNOT separate morality from society - they are inexorably intertwined. Blacks today have a 74% illegitimacy rate, hispanics just over 50%. The destruction of the family will never be addressed by throwing taxpayer dollars at it, but if you say it, society screams "RACIST!" Consider what that means. 3 out of every 4 black children grow up with no father in the home. There is no substitute for a husband and a father. We will keep wasting money in a failed attempt to fix what money can never repair, when society should demand these women stop having babies with no husband. The truth is it's all about the money. I am a family law attorney and I see it daily - women live on the support.

Randy, in regard to the "throwing money at the problem", the very idea drives me crazy...along with the natural question; do liberals really believe it? Are their brain synapses not firing in sequence? Or do they really know better and are willing to send our country down the drain in exchange for political power?

The only possible conclusion I can draw is they will do literally anything to be in charge. They don't give a whit about liberty, freedom, or the values the founders endorsed. They want power, damn anything that gets in the way of that. I am convinced the idea of the United States is dead. We will watch the increasing decline of this nation accelerate as the selfish and lazy 20-30 somethings take the reins of government.