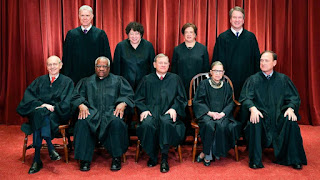 The U.S. Supreme Court has an interesting case on their docket this week. They are being asked to decide whether California is right in declaring a worker is deserving of being paid even in those hours when he is sitting on his ass.
The case is 18-389, Parker Drilling Mgmt. Services v. Newton.
The suit was initiated by an offshore oil driller who believe his company should pay him for those nonworking hours when he is catching Judge Judy and NFL football in his off hours, or when sleeping. Parker Drilling, subject of the suit, argues that California does not have the authority to regulate labor issues on offshore drilling platforms 20 miles from shore, and under Federal control. California ambulance chasers tried to dig up some obscure 1953 precedent that might allow them to get their claws into still another corporation and wring them dry in favor of labor.
In hearings yesterday both the liberal and conservative arms of the Supreme Court were a bit skeptical of California's claim...to say the least. They were also skeptical about forcing a company to pay an employee when he is not at work. 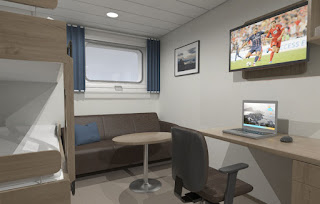 I suspect the hearings went like this:
Justice Roberts: "California, just when are we supposed to draw the line on paying employees? Shall we vote "yes" on your motion and establish further precedent? If actor James Brolin leaves the film set and goes home to wife Barbara Streisand the day after the 2016 election, is the film company responsible for paying him hazardous duty pay while he's at home?"
Justice Ruth Ginsburg: "And shall we offer the First Lady additional compensation during the months she occupies the White House with a spouse who rises at 3AM, tunes into Fox and Friends, then issues a tweet storm of comments on Twitter?"
Justice Kavanaugh: "And should we compensate a Sacramento legislator even when he is not working in legislative session?"
Justice Thomas: "Has anybody on your legal team served a hitch in the military? Do our troops in Afghanistan and Iraq get paid overtime when they get called out to clear an enemy's machine gun nest outside Baghdad?"
Justice Alito: "Should cops be compensated for the hours not on patrol? Since they are "on duty" 24 hours per day, shouldn't we kick in a little extra for those 3AM phone calls?"
Justice Gorsuch: "Should we pay Congressmen and Senators their full pay when they don't report to Congress until Monday afternoon and leave Thursday morning? Or when they take as much as a month off two or three times a year? Oh that's right.....we already do......never mind."
I'm betting California and Mr. Newton lose their ass on this one. Even Justice Sotemayer doesn't think Joy Behar's husband deserves extra pay for having to spend the night in her bed.
Posted by A Modest Scribler at 3:00 AM