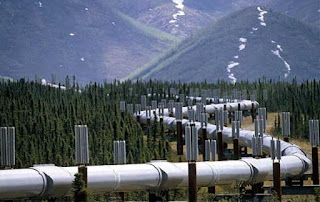 Note:  One of my readers connected with me and said he was having problems posting comments to my blog.  I have checked my comment settings and they are set to allow comments from anyone.  I suspect (but do not know) that the problem may be due to Google's eliminating Google Plus.  I would certainly appreciate hearing from you on this.  You may write me via my email at friend4@cox.net and let me know if you too are having problems with commenting.  I can't guarantee I can fix it but I'll certainly raise the issue with Google.

Now, a bonus essay for the week.

You see it every year.  Flooding someplace.  This past year it's been North Carolina, then the midwest.  Now folks down in Tennessee are being flooded out.

I don't care how many people tell me it's not possible.  I will never understand why the federal government does not build pipelines from the water drenched east...and pump it over to the west where water is scarce.  If they can build 2,000 mile oil pipelines from Alaska they can certainly build water pipelines from east to west....and with very little environmental risk.

I think the problem is two fold.  First, I believe we commoditize our water resources and consider them less valuable than they are.  Secondly, we are too short sighted.  We seem not to worry about flooding until it occurs.  Then, cost wise, the government rushes in and spends billions to rebuild flooded communities.  I simply cannot see why we can't spend money up front and build pumps along flooded areas and pump all that excess water over to Lake Mead, which of late always stands less than 50 percent of capacity even after generous El Nino rain years.

We would actually not need to go that far.  Actor William Shatner, who owns a ranch in California's central valley, has proposed building a pipeline from rain drenched Washington state, then send it flowing down to parched central and southern California.    Everyone tells old Bill it's too expensive.  Well how expensive is it when central valley farmers plow up their crops for lack of water?  And how do you like paying $1.50 a head for winter lettuce when Yuma, Arizona lettuce farmers say "sorry, no crop this year".

I look around the world and see so many architectural marvels....from the Dutch holding back the Ocean, to the Middle East's desalination programs.  If America is the world leader in both wealth and technology why the hell can't we solve our long standing water problems by intelligently redistributing it?  I'm sure those midwesterners, and those Carolinians, and those Tennesseans would be quite willing to surrender their second story excess.

Hey look, folks out west aren't looking to take water you folks in the east need.  Just send us the water that is now leaving your homes and businesses and farms submerged in three feet of water!

Posted by A Modest Scribler at 4:46 AM

Boy, isn't this the Truth! and even Northern California has flooded this year while they spent their (and Our!) Money on a Fast train to Nowhere! The answer is we have Idiots in charge!

You have that exactly right, my friend. If only we had giants walking the earth and prowling the halls of Congress.

California should even pay for the water line. Heck, they will have more water for their smelt fish since they won't have to give any more water to the farmers.

Yeah, Wally, that was Shatner's idea as well. He said the output in crops and replenishment of the valley's groundwater would ease he pain of the payout.