Why I'm "Insecure" About Homeland Security 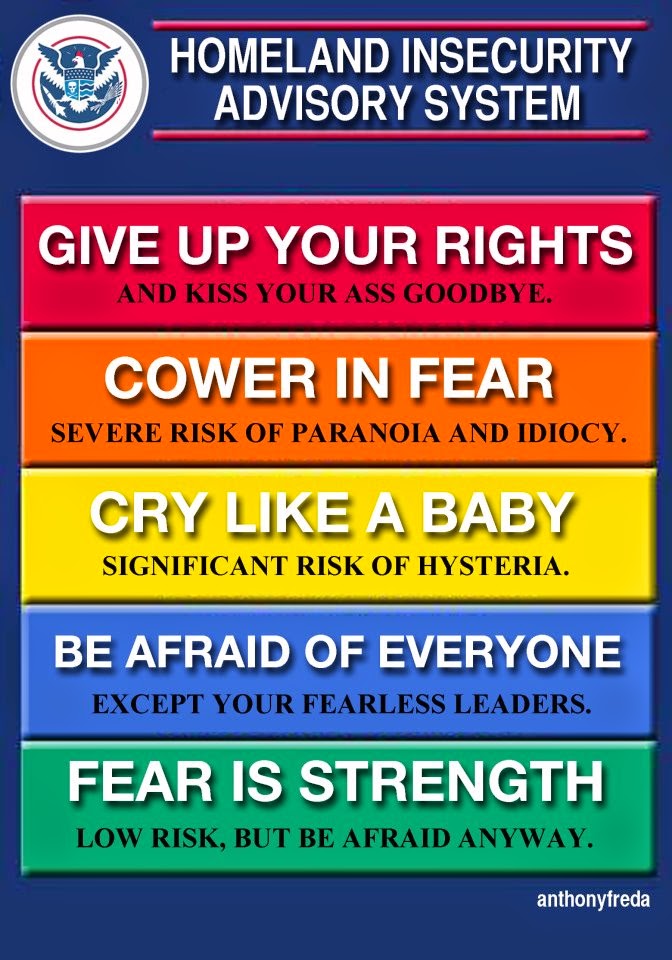 I'm not a big fan of Homeland Security.  Here's why:

The U.S. military are taught from basic training on, throughout their career, that we are to always be subservient to civilian leadership, that our greatest responsibility is to defend our nation, and do so as "citizen soldiers" owing our allegiance to the citizenry we swear an oath to defend.

How many know that, except for selective Guard units, and the U.S. Coast guard, Homeland Security is made up of civilian bureaucracies who owe their allegiance only to the mighty U.S. government who issues them a paycheck, and for which no similar set of ethics exists which protects the private citizen from Homeland Security mandates.

We've all read of the snotty and bullying TSA agents.  While I'm not saying they are all bad, or that airport security is not necessary; it's just that TSA has become your typical government bureaucracy, possessed by arrogant worker bees who simply could not care one whit about your privacy, comfort, or even security for that matter.  Just last week a citizen was kept in detention for 14 hours just for questioning their practices.  In other instances they have formed theft rings to steal your valuables from your luggage.  They are "Big Brother" in short sleeves and they've shown time and time again there are holes in their security big enough to drive a truck through.

The Immigration and Nationalization Service has tens of thousands of worthy employees; people who risk their lives every day in an effort to protect our borders.  Unfortunately, they have now become automatons for a President who can and does order them to "stand down" and allow illegal immigration to thrive.

But, by far the most dangerous arm of Homeland Security are the government thugs who claim the right to invade every facet of the your personal life, all in the name of national security.

Most any of the jobs Homeland Security carries out could be carried out better, and cheaper by our military.  And I would feel far more comfortable knowing that an institution with 230 years of enviable ethics are on the job.  Sadly, we are rapidly falling under the iron fist of big government and that scares the hell out of me.
Posted by A Modest Scribler at 2:00 AM

You're not scared enough...check this out.

Yeah, no similarities between that and, you know, every dictatorship in history, right?

Yep, that's scary, Wraith. Won't be long till we need the sign on our forehead to do anything.

Whoo HHoo! Finally, the state of California is not the fucked up state on this issue. We have a Vehicle Code on record which protects us from such "Flap Jackery".

14607.6(b) A peace officer shall not stop a vehicle for the sole reason of determining whether the driver is properly licensed.

Have a good week folks.

Good for you, Brian...I guess.