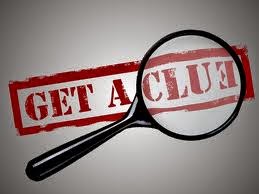 Well today Barack Hussein Obama is going to announce another spending spree; $478 billion for this one.  Barry plans to use that for "roads and bridges."  Anyone remember how that $800 billion dollar pork stimulus plan panned out?  Barry says he doesn't want to raise the gas tax; instead he'll assess more fees for the working stiff... but the big pile he's looking for is from taxing all that overseas money that American corporations have parked over in Ireland and Germany and Switzerland.

That money is parked over there for a reason; to avoid the highest corporate tax in the developed world at 35%.  Elsewhere in the industrialized world that corporate wealth is taxed at no more than 15%.

So Barry says he's gonna ask a Republican Congress to enact legislation to tax these corporations.  And you just know the Repubs are gonna go along with that, right boys and girls?  So what have we got from Barry?  Yep, just another political ploy, another chance to demonize the Republicans for giving support and succor to the wealthy.

Now Barry is either stupid...or insincere, one or the other.  Or maybe both.

The problem with Barry's proposal is that he can only succeed in driving more corporations to relocate overseas, whereas America will then suffer an even deeper loss of American jobs.  How do we know that?  Well, just take a look at the hundreds of companies who have already voted with their feet and left, either through migration or through mergers with foreign entities.

Should we be surprised by Barry's proposal?  Nope.  Barry hasn't a clue how capitalism works.  If he did he wouldn't have hampered American businesses over the six years in office.  There is absolutely nothing Obama or Congress can do to keep businesses here who don't want to be here.

So the Republicans will smirk and move on to something else.  And the Occupy movement, and the Green Check crowd can label the Repubs an enemy of the working man because they haven't a clue either...if they did they would not have re-elected Barry in the first place.

We can only speculate what Barry is gonna come up with next.  He's trying mightily to set the Democrats up for victory in 2016 by throwing out bags of sweet candy to the masses, knowing it will only make them sick.

Perhaps he'd be more frugal had he ever had to earn money himself. You can tell a lot about a man by looking at his hands.

Yeh. His hands have green stains from other people's money.

While I agree that King B's "beget proposal" is ludicrous (even when Dims ran Congress THEY refused to enact these proposals), the political math has changed. RINO's are solidly in control - and they have a history (via the likes of Boehner The Gelding) of capitulation to Dim demands, and BO knows it. Instead of dictating to Obama the way the budget will go, they sit back and look stupid, as though there is nothing they can do to stop him. I have little faith these folks will grow a backbone any time soon. Too bad, 'cause if this continues, you WILL see Queen Hillary in less than two years along with a Dim Senate and a precarious House...

Folks, this is why I was in favor of an increase in the gas tax. I believe many of you had strong words for me when I wrote that. But I still believe you tax those who are actually using the roads and bridges. To date, Congress has been dropping $30 billion or so each year into the high way fund...that money comes from the general fund so you're paying either way; either through the income tax or a gas tax. But, with the gas tax you're making those 47 per centers who pay no income tax pay their fair share through the gas tax. Obama's plan is just another workaround that hurts the American worker and still gives those 47 per centers a free ride.

Got some real bad news for you; the Highways and Bridges part of the tax increase will NOT be going to repairing highways and bridges; one must read the fine print, not Barry's lips.