Why No Trump Commentary For Weeks 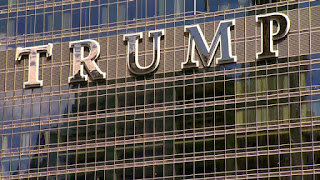 Here's the way I look at it.  If you think the libs are in pain over Donald Trump's election, just try to imagine what it's like for those of us who knew Trump's assuming office would not go well...yet held out hope that The Donald would once again arrive and surprise us.....in this case, for the better.

And we doubters did have initial hope that a surprise might be in the offing!  After all, Trump did appoint many capable and talented to his cabinet!  And he did pick the Supreme Court nominee of our liking.

Alas, we didn't know then that Trump would not listen to those talented folks he surrounded himself with.  Instead, Trump sought out "instant gratification" with his idiotic tweets, poisoning the well for every well intentioned pol and citizen who held out hope that we might live with Trump if he'd only give us a border wall, tax reform and the dissolution of Obamacare.

With respect to the Muslim ban, and the wall, Trump has given opponents all the ammunition they need to oppose him, using his tweets to justify an open invitation to radical Muslims...sanctioned by, and approved by the courts as they used Trump's own words to strike down his ban.  That's bad, both short and long term.  Bad because it sets judicial precedent for taking the power to control immigration and keep us safe from the Presidency.

And just last week, as the Republicans were scrambling around, trying to find a way to remove that dreaded "mandate" from Obamacare, Trump is quoted as saying "the Republican plan for healthcare is mean".  That little one line response will be used time and again come the next election.  "Trump himself declare Republican care 'mean'!" will be the "bon mot" of the 2018 elections.

Also last week we had Trump declaring that Qatar promotes Muslim extremism in the same week the State Department and Defense Department agrees to a multibillion dollar weapons deal with that country.  Who makes who look stupid with that, folks?

Can we assess much of the blame for our current chaos on the Dems, who will simply not accept the decision of the electorate last November?  You damned right we can!  However, I really believe the Dems absolutely love losing that election!  They rightly assume that, as I said well before last year's election, if the Republicans elect Trump we can pretty well kiss off the conservatism forever.

Alas, Trump emerges a dozen times a week with those idiotic tweets, and the Dems are transcribing them as quickly as Trump issues them.  Those tweets will be used for the next decade to demonstrate just how idiotic conservatives "really are".

Well, I'm sorry that I have indeed performed the equivalent of describing a graphic bowel movement today.  But I suspect there are at least three groups of conservatives these days....a group of hard core right who will blindly follow Trump as closely as liberals worshipped Obama, the second being folks like me who will try to be as honest in criticizing Trump as I was with Obama...and that final group; the group who feel like their vote for Trump was the equivalent of issuing  a foul wet fart at a formal dinner.

I am so tired of Party Politics and would like to see the Republican Party And the Democratic Party Dissolved!
Trump is our morning bowel movement we are going to have to live with for a long time as the Democrats just don't seem to get it and the Republicans all seem afraid to oppose him. It is Life imitating art and way too much like "House of Cards"!
I would actually prefer to hear stories about how you are dealing with the heat in Arizona.
97 degrees here (Oregon) yesterday, pretty cool compared to you!

Yep, still hot here, Jerry. 114 today, I believe. Heat wave supposed to end tonight, then dip to a chilly average of 109 or so for the rest of the week. Ugh.

Sorry, but I disagree. Keeping HRC out of the WH was the primary reason many of us voted for DT. There was the faint hope that electing a non-pol would wake up the corrupt professional political class that is ruining America, but that was quickly dispensed with. What we have is a very narcissistic President (I know, he's not the first) that seems bent on performing the duties of he office as he and he alone decides. The tweets are juvenile and provide ammo for his detractors. That said, the Democrats are quickly discovering that constantly spouting "NO TRUMP" is not a platform, and will not carry them to victory in 2018.

Randy, I am at a loss about what your are "disagreeing to". I have said on many occasions that I voted for Trump, mainly for the express purpose of not having Hillary. All I have said here is that the guy's an idiot to be constantly tweeting idiocies and feeding his, and OUR enemies...the libtards that would have us all paying for free housing, education and food for everyone...and inviting a million Muslims to the party, with half of Mexico catering the affair. Trump's inability to behave in any socially acceptable manner shows his many weaknesses, including that unstoppable quest for instant gratification.