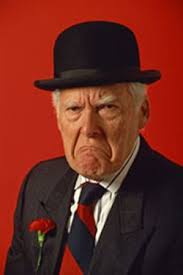 How many of you people know that television ratings rarely have anything to do with how many people are watching? Nope, it's not how many are watching but Who is watching. I learned that years ago when they cancelled Gunsmoke while it was still in the Top Ten in the ratings.
You see, the TV bigwigs have a little thing called "Demographics" that they most rely on. It seems that advertising big wigs studied the hell out of this and determined that the age group of 34 to 49 were the biggest "suckers" for buying a product advertised on TV.
They also tailor particular programming to income group, but I'll get to that later.
Back to the "age demographics". I found out about this age demographic thing when I was about 40 years old. And damn proud to be in that age group that ruled the roost on programming!
Then, when I turned 49, and was unceremoniously kicked out of that prime age group, I was angry as hell! What right did they have to kick me out...after all I was still falling for those rotisserie oven ads! "Set it and forget it"...hell I was as dumb as everyone else! Hell, I kept those "As seen on TV" gadget companies in business in my heyday!
Alas, when I turned 50 I was relegated to the Hallmark Channel. I'd watch The Waltons, then suffer through three minutes of pharmaceutical ads that pimped catheters and meds for Metamucil and hearing aids. I looked longingly back at those ads over on "Glee" and "Big Bang Theory" that were promoting Trojan Condoms and Strawberry Greek Yogurt and Maidenform Bra commercials.
Thankfully, our TV masters also take into consideration income groups. While they are unbelievably wrong, they deduced that only rich people watch golf on television. So those golfing tournaments are rife with Cadillac and Viagra and Cialis commercials. They know their audience is older, and often need that Cialis, but they also know the average golfer has a higher income than those 34-49 upstarts!
Back to Gunsmoke. I can still flip over to ME TV and catch Matt and Miss Kitty and Festus, but, again, I'm inundated with ads for denture creams and penis pumps and catheters. By the way those catheter ads scare the hell out of me. I have no idea how they are used but I remember having a catheter put in my "special purpose" post surgery, then whined to the male nurse for days about taking it out. So I shudder at the idea that someone has to poke a catheter up their penis on a regular basis.
Alas, I long for the days when I was relevant to those TV advertisers. I wish I was as stupid as those 34-49ers who'll buy a product at the drop of a hat.
There is hope though! Every marketing study is indicating we Baby Boomers are retiring and have more time to watch TV. Maybe that will spur those advertising big wigs to skew control back to us! Then again, they'd probably just be pimping more catheters and denture creams, two products that, thankfully, I still don't need.Who knows? Maybe they'll come up with Viagra laced Trojan condoms! Or catheters with injectable Cialis! ...."peeing strong with a big old "woody!"

I liked "Have Gun, Will Travel" so much I bought the series from Amazon!
Television advertising is Much More Sophisticated than you describe, especially if you are watching it on cable. You and your neighbor can be watching the very same program at the very same time and get Different Advertisements!!! and, yes, of course, they Are Watching You!

Re Have Gun Will Travel, Jerry...I bought it on Amazon too! Richard Boone proved that you can be ugly as hell and ride great acting prowess to success. I did not know my neighbor might be watching a different ad than me. Re "watching me", yeah, I knew about that. Visio just settled a lawsuit cause they were tracking your programing history with the intent to market that info to others.
Have a great weekend.