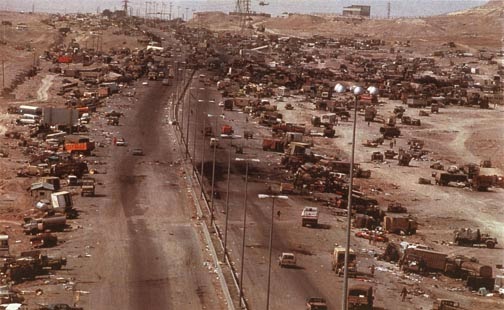 Talking about the Middle East messes is like talking about a single tree in the forest...where the hell do you start?  Well, we began the week by learning that the American base in Aden, Yemen, has been taken over by terrorists and the last government head was on a boat in the Gulf of Yemen, heading who knows where.

If I could tell you about the strategic importance of Yemen I'd then have to kill you all and I like you too much for that.  Suffice it to say that, for three decades, partnered with Saudi Arabia, Aden had military importance.

Let's recall how the Arab Spring fire first ignited.  First came Egypt.  Muslim militants, emboldened by Obama's "America is not exceptional" speech before the Egypt Parliament began the chaos.  Obama could just not stand the idea that a head of state could play the role of "emperor", issue orders and have them carried out by the Egyptian "Czars".  Then came Libya, Syria, the Muslim extremists comeback in Iraq, an aroused Hezbollah firing rockets into Israel, the destablization of Afghanistan and Pakistan, and now all is chaos.

And the even sadder fact is that the American military, when given free rein, can whip Muslim ass at a trot.  Close your eyes and harken back to Desert Storm.  Remember Saddam Hussein's "elite guard?"  As soon as the joint allied forces crossed over the border into Iraq from Kuwait the cowardly sisters threw down their weapons, ripped off their uniforms and turned tail.  During my ten years in Saudi Arabia I came to learn the capabilities of Middle East militaries from throughout the region.  These people are only good at terrorizing women and children and other Muslim cowards.  They are not some mighty military force that we should ever have to worry about.  Had Obama allowed the 10,000 American troops to remain in Iraq ISIS would have been born stillborn.

Anyone who has read my blog for years know that I was against George Bush's occupation of Iraq.  Same with Afghanistan.  I have argued for years that our strategy should always have been quick "hit and run" assaults on militant strongholds.  The governments there are too corrupt to hope for a democracy.  And even if they weren't you will never install a democracy in a Muslim culture.  I'll stop here and let you folks name one for me........

So, how do we resolve the problems in the Middle East that, someday, will surely come home to roost on American soil?  Well, if you had asked me that in 2008 I would have said we should use our quick strike ground and air forces to put out Muslim fires as they erupt.  We've had prepositioned men and equipment in the Middle East for decades.  They could have been used for staging areas for our forces to assault, then return to these bases.

But, just as Obama has created that vacuum, just as Obama has failed his Commander in Chief duties, the Middle East is now a hotbed for brutal war making.  And many of those pre-positioned bases no longer exist to wage rapid assaults on the militants.  Indeed it has gotten worse; just as Obama is folding in the Iranian nuclear talks, Saudi Arabia is now exploring the idea of procuring nuclear weapon technology as well.  And, with Saudi's wealth they could buy the technology and technicians to make all the nukes they want.  If that happens the best case scenario is we in America get to live a few weeks before the nuclear fallout reaches our shores.

If you doubt that, just remember those 99 virgins awaiting those Muslims in heaven.  They'll have no qualms about buying a ticket early...and the hell with the rest of us.

So, yes, Muslims are cowards...inept cowards...the only problem is we have an inept coward living at 1600 Pennsylvania Avenue and that's the saddest thing of all.
Posted by A Modest Scribler at 2:00 AM

It is extremely arrogant for anyone to think they negotiate peace with people that have been at war since the beginning of time.We know where the training camps are, logic would dictate eliminating them and everything around them.

Agree completely, Craig. Just look at the Israeli-Palestinian problem. America has been bribing and conjoling the parties for 75 years and peace has proven to be elusive. When one party wants to see you wiped from the face of the earth it's kinda hard to compromise. And, yes, the Middle East has been at war with each other for centuries. They can't live without it.

Another sad note, the people who voted for him still don't have a clue just what kind of president they elected. Oh, a few are slowly catching on, but as long as he throws them trinkets, the remainder of the adoring masses continue to worship him.

Gonna take a long time to recover from him, Jeff...if ever.

It's unfortunate people still believe in this turd. What's even more unfortunate is our politicians (both sides) micro manage our Military and not let them do the job they were sent to do. And you are correct, it's going to take along time to recover form his flapjackery.

We're losing a lot of excellent, trained Military people and Obama's blaming it on sequester. What a load of malarkey that is. He's ridding us of our best fighting men and women. Trojan Horse anyone? My best friends son is a Captain in the Army. He knows what's going on. American people better too.