"Bill and Killary and Barry..Oh My!" 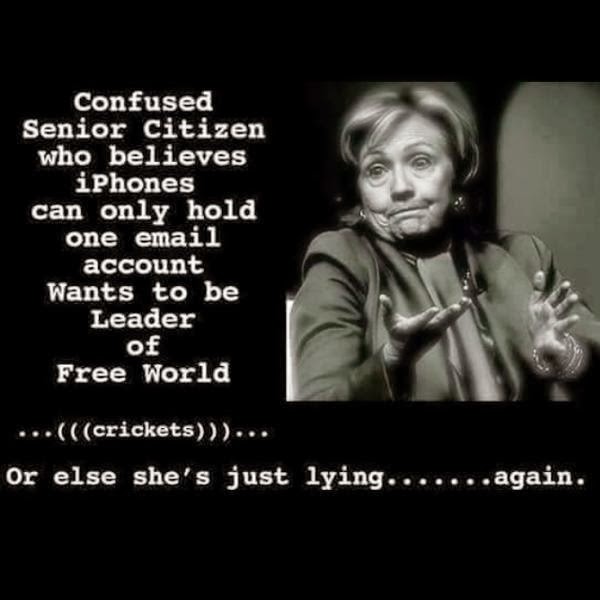 I know at least some of you have been wondering, in light of my hundred other blogs on Hillary Clinton, why I have not written about her most recent woes.  Well, frankly, for two reasons; 1) I'd be preaching to the choir here and 2) It's too easy...like shooting fish in a barrel.

We all know the long list of sins of the Clintonistas; White Water, Cattle Futures, Travelgate, the pillaging of White House treasures on their last day in office...and the embarrassing (for us, not them) moment when the White House archivists had to go out and repossess stolen goods from the Clintons place in New York.  Perhaps they stole that treasure because they were "flat broke", or because they just thought the White House archivists would be too embarrassed to call them out on their theft.

And we all know about Killary's plea that she and Bill were flat broke and down to their last million before they began speaking on the boiled chicken circuit.  And we all know that Killary was lying when she blamed Benghazi on an anti-Islamic video that no one had seen until she brought it up.

What I did find odd was how the New York Times broke the story.  The Clintons certainly wouldn't blab.  Nor would any of her paid campaign minions.  Then, just last week we learned that Obama's chief minion, and fellow Chicago political mobster, Valerie Jarrett, had leaked the story.  It seems that Barry and company still don't like the Clintonistas.....bad blood going all the way back to the 2008 North Carolina primary when Barry accused Bill and Hillary of being racists...his first foray into the "racist strategy" that he's been quick to employ whenever someone disagrees with him.  Bill was especially angry over the charge, given that he'd kissed Black ass for more than forty years, only to be accused of racism at this late date.

However, what seems to be the spark that ignited the new Obama-Clinton conflict came when Hillary threw Barack to the wolves in 2014 when Obama was being assaulted on all sides for Obamacare signups and the blowing up of the Middle East like a prairie fire.  Killary said she would have done things different..and better..and Obama was incensed over Killary's disloyalty.

I guess what finally prompted me to write a line or two about this mess came about yesterday.  Obama has just issued another edict exempting the White House from federal Freedom of Information Act laws.  That peaked my curiosity.

Why would Obama issue such and edict?  And why now?  Is there stuff on Obama's server that he doesn't want the Congressional panel investigating both Killary and Benghazi to see?  I smell a rat.

No, I smell several rats...by the name of Bill, and Killary, and Barry and Valerie.  And the place is starting to smell very bad indeed.
Posted by A Modest Scribler at 2:00 AM

The part of this and other scandles like this is how people can blindly support this bullsh$t.A line from an old movie sums it up best"We shall beat the lying out of him.",her can also be inserted.

Wish that were true, Craig. But we have clear evidence that at least half of America love to be lied to. Either that, or they just don't care about ethics.

It's a selfish "what can they do for me" world. There's no such thing as "ethics", for the 47% has sold them to the Devil. There's nothing Hillary can do that is so bad, people would jeopardize hand outs the Government "entitles" them to. They'll hide they're heads in the sand until it's time to vote, then somehow make it to the voting place, vote for Hillary, then back to the sand. They just don't want to know. Disgusting.

I have a different take. Obama knows his stint is almost done, and as much as Hillary hates Obama, no point in him feeling the same way (he won): Same team at the end of the day. So, this "scandal" comes out WAY before the relatively few people who care about politics are paying attention. The MSM is talking about it, but nothing like they would be if it were a mean, evil, greedy Republican (anybody else remember Fawn Hall, Oliver North, shredded documents, and the indignation and shock expressed by the MSM? No? Most people don't. SAME THING HERE, but Hillary is worse). Anyway. the playbook is transparent: Get it out, deny/delay/obfuscate, and declare it to be "old news", moving on..... She will be the next POTUS, and everybody knows it. America simply doesn't care anymore.