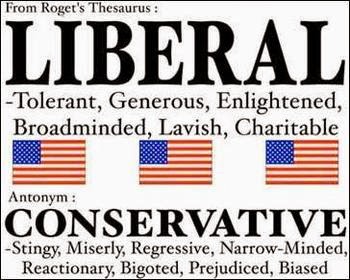 I knew something was different as soon as I awakened this morning.  My mind was fuzzy and I had an intense hankering for Greek yogurt, Meuslix and Perrier water.  Images of Charlie Crist kept flashing across my consciousness and, when pulling up Yahoo News I became enamored of a picture of President Obama making a speech down in Selma.  I then went over to U-Tube and played the entire 3 minutes and 26 seconds of that lovely young lady singing "I love Obama."  Then I found a pic of President Obama posing rather handsomely in the Rose Garden and converted it into my screensaver.

As I sit here this morning there's an electrical charge running through my body, a nearly sexual wanting.  I hunger to call up pics of Nancy Pelosi and that phallic gavel of hers and wonder....if I had only been born twenty years earlier...in San Francisco.  And all of a sudden Harry Reid was no longer a bestial ogre, but a handsome figure of a man who knows what he wants and how he wants it.

A bit dazed, and my mind still a bit foggy, I got up from the computer and walked to my front window.  I could see folks backing out of their driveway, heading for work.  "How silly," I thought.  Why would anyone in their right mind want to go to work?  Why work when you can stay home and watch Jerry Springer re-runs and wait with baited breath as Maury reveals if the handsome Black dude is the real father of six children?

Speaking of children, all of a sudden I got chill bumps thinking how joyful it is to provide free breakfast and lunch meals to the 35 million fatherless children that inhabit our nation.  And I must confess, I almost got an erection in knowing that we provide all those free meals and free schooling too for some 20 million children of illegal Mexicans.  All of a sudden I wanted to run out and buy a sombrero and sit down to a breakfast of menudo and tortillas.  After breakfast I thought I might drive over to the Social Security Office and rub shoulders with all the Mexicanos signing their children up for SSI benefits.

Yes, my mind was still fuzzy and the first stages of a nagging headache began to make its presence felt right at the back of my head.  Pain began shooting down my back, where my spine use to be, and I began to feel a bit uncomfortable.

To take my mind off the pain, I decided to read the news, to see if those nasty Republicans had let up on poor Hillary yet.  I was troubled to see that was not the case.  Trey Gowdy was already hollering for more email files and Fox News was abuzz over some missing emails discovered on the day the consulate in Benghazi was attacked.  When will they ever leaver her alone, I cried!  I resolved then and there to go to the "Go Hillary Go" website and make a substantial donation to her Presidential campaign, no doubt underfunded a bit lately by the foreign donations no longer available to her.

Yet, this nagging pain in the back of my head seemed to be getting worse.  So, I grabbed my car keys and walked out to the garage, intent on visiting my local emergency room.  As I fired up my Honda Odyssey Mini-Van I was a bit disgusted with its 26 Miles Per Gallon performance, longed for a Prius, but drove on up the ER anyway.

When I arrived at the ER I was told there would be an four hour wait because the waiting room was packed shoulder to shoulder with Mexican nationals awaiting treatment.  So I squeezed between two rather portly senoritas and whispered "Isn't it a shame that you poor people aren't eligible for Obamacare?"

At that point I blacked out.  When I came to I was in my own bed at home.  My pillow was wringing wet with sweat and my sheets were soggy and heavy upon my body.  I got up, wiped sweat from my brow and walked into the shower.  As the warm water flowed over me I reached my hand back to finger the discs in my back and was greatly relieved there were all still there.

When I came to breakfast my wife noted that she heard me cry out several times in the night.  I took a deep breath and said "yeah, it was just a nightmare....nothing you'd care to hear about."
Posted by A Modest Scribler at 2:00 AM

Any dream where one gets a boner over Nancy Pelosi is the sickest of the sick. Can't imagine it under any circumstances.

Yuk!! Can't think of much, more disgusting than that. Gotta go take a shower. :)