Don't Get Your Hopes Up 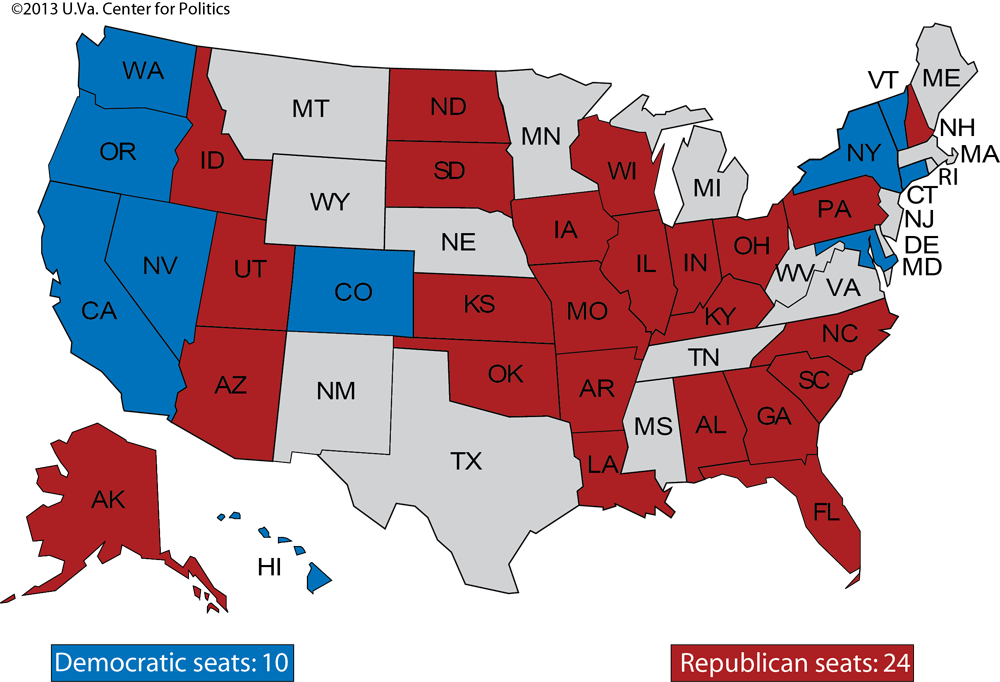 If you're a conservative don't get your hopes up after the Republicans success in these 2014 elections.  Here's why:  the Republicans will have 24 states up for grabs in 2016.  Many of those seats are in states friendly to Democrats.  So, as soon as the new Congress is seated in January, look for Republicans to start moving toward the middle in hopes of cultivating a few Blacks, lots of Hispanics, and Independents who live in the middle of the political spectrum.

What that means for issues such as immigration is a "sell out" of those Americans who believe we don't reward law breaking invaders.   As soon as Congress begins their session in January 2015 you're going to see an immigration bill much like what was voted down last year.  Those 24 Senate seats up for grabs in 2016, many in states turning purple, will loom large over the next two Congressional sessions.  Republicans know that, as hard it as it was in the mid-terms, it's going to be doubly difficult in a Presidential election where turnout will surge some 20% over the mid-term numbers.  With 24 Republican senators having to defend their positions they understand they are going to have to win some Hispanic vote and gather additional votes among independents who aren't so troubled about the illegal immigration issue.

I believe the House will go along with a Republican controlled Senate.  They've probably had enough of being called obstructionists and House members are always running, having to raise campaign money and court voters every two years.

The best we can hope for on immigration legislation would be a Republican Congress insisting on solid border security measures first, before they begin passing out green cards.  That's probably not likely for all the reasons already cited.

As to the other national concerns, I don't hold much hope there either.  Republicans have shown they are damn good at deficit spending so the most we can hope for there is that they spend less.  Maybe a Republican controlled Congress can stop some of Obama's appointments of liberal judges and socialist czars; that alone would be a benefit of a Republican sweep this year.  For example, I want Congress to look long and hard at Obama's next nominee for Attorney General.  The word now is that  Barry has picked a wild ass liberal out of New York so maybe Congress can kill that one; we don't need another Eric Holder ignoring our laws and making up his own.

Well, please go out and vote and let's hope for the best.  We know this; it can't get any worse than the Harry Reid led Senate who has sat on 387 House Bills, skipped doing a budget for four years, and was as divisive as anyone other than Barack Hussein Obama.
Posted by A Modest Scribler at 2:00 AM

It won't be perfect now? At least in Oregon we have marijuana to quell the thirst of the masses! A new twist to
"smoke 'em if you got 'em"!
I actually lie it that everything moves slowly in our political system and each election isn't a coup de ta!

There is always the hope that reid and feinstein will be riding in pelosi's jet when it crashes and burns.

Nope, won't be perfect, Jerry. And as long as the Anointed One is in office we'll have to be vigilant to stop his socialist policies. Nope, still looking for Barry to get a quick case of bladder cancer or a gunman't bullet on the 9th hole of Washington National. Then we can send Joe on a speaking tour of Asian and Europe and we'll be home free until Hillary takes over.

Craig, they took away Nasty's jet when she lost the Speakership of the House. She's had to downgrade to flying First Class these days. Maybe we can get Branson to put her on one of those experimental space planes.

It will be interesting to watch. Obama has flatly rejected any notion of compromise since his first day in office. After 6 years, it is doubtful he will change his mode of operation, so that leaves the decision as to what will happen with the R's. You'd think after being hammered for the last 2,010 days, they'd grow a spine and use the power the voters gave them last night to stop what's flowing out from the WH (they could, too). Unfortunately, you're probably right about amnesty (don't use "immigration reform" or "immigration bill" - call it what is is - AMNESTY). The D's will be laughing all the way to 2016 if so, because the brown skins will NEVER supports the R's. Last chance.... Don't blow it.

Obama's press conference comments on his immigration intent is ridiculous and he knows it. He says his Executive Action will go away as soon as Congress passes their bill. Well that's just great; he's gonna pass out millions of green cards and then ask the illegals to give them back. Yeah, that's the ticket!