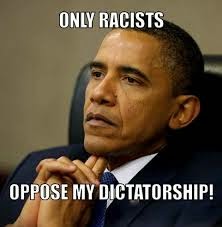 Bob Woodward, the Washington Post journalist who broke the Watergate story, was on Face The Nation last Sunday.  What he said about Barack Hussein Obama was quite surprising; he said Democrats, even before the election, have been disgusted by Obama's extreme arrogance and refusal to listen to anyone except his own counsel.

Woodward says he's talked to many Congressional Democrats and he says they're saying the same thing about Obama that Republicans are.  Says they have the same problems dealing with "The Anointed One" as those on the other side of the aisle.

One Democrat called Obama no more than a "hologram", so shallow and weak that he's barely visible.  Frustrating Democrats the most is that Obama simply lives in his own little personal world and absolutely refuses to believe that his actions have brought down his own party.  Privately Democrats suggest that Obama's Executive Orders and his circumventing Congress is as disgusting to them as it has been to the Republicans.  His failure to consult with Congress, his absolute refusal to come up to the Hill and try to work with Congress as poisoned the well for anything to get done.

Who would have thought Harry Reid, post election, would say the Democrat Party election losses are Obama's fault!

Well, I think this is all fine and good but, you know what?  Everyone one of those Democrats are racist!  How dare they question this Black President?  After all, anyone who openly criticizes Obama has been declared "racists" by the party faithful so why is it any different if they do it in secret?

All I can say to the Democrats is that you'd better not let Al Sharpton and Jessie Jackson hear that you don't like Obama's handiwork!  Hell, you might have real trouble with the Black vote; they might vote for you only 90% of the time if they ever hear that you criticized a Black man!

P.S.  I've only seen this kind of Democratic traitorous retreat once before; yep, it was when Jimmy Carter occupied the White House...Jimmy Carter...the "next to worst" President in our history.

In the wake of Carter we got Reagan. There's my hope and change.

Ah, but we're dumber these days, Brian...didn't you hear Obama's Health Care Czar? We can't hope for another miracle. Start getting used to Hillary.

So what? "Privately", Dims say these things. Publicly, they voice support for him and vote his way 98% of the time. Talk is cheap, as evidenced by the "private" utterings of those that do EXACTLY what the Anointed One wants when it counts....