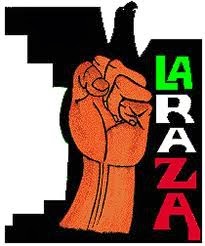 Unlike California, where the Mexicans have pretty much taken over, we don't have that many Hispanic state senators or representatives.   And we've got two Mexican Congressman; I won't say Hispanic-American because they've shown time and time again that their priorities are with illegal Mexicans and open borders Hispanics.   One of them is Raul Grijalva down in Tucson...he's the fellow who called for an economic boycott of his own state because we passed SB1070 and were arresting too many illegal Mexicans.  He shows up a couple of weeks a year in Washington and spends the rest of his time hanging around Mexican restaurants and eating the enchilada combo.

Our other Mexican congressman is Ed Pastor.  He represents the biggest Mexican barrio in Phoenix..a place called Maryvale where home invasions, murder, rape, lawn parking and Mariachi music is the thing.  Ed Pastor has been able to get illegals into Section 8 housing, voted to give illegal Mexicans child tax credits, gives clinics on how to game the Social Security and Welfare offices in the name of their anchor babies.

Well, this week we got clear confirmation that those illegal Mexicans, when finally given citizenship, will be strong and true two-faced liberals like the rest of the Democratic party.  Back when Sheriff Joe was busting business that hired illegals, and jailing illegal Mexicans for drunk driving, or hit and run, the Mexicans were in an all-fired uproar over "racial profiling".

Well, here's a little "real" racial profiling.  Old Congressman Pastor is gonna retire and either open up a shop making phony ID's, or start up the 2,028th Mexican restaurant in Phoenix.  And all of a sudden the Mexicans crawled out of the holes in the walls like cockroaches and began lusting after Pastor's congressional seat.  As said already, his district is 90 percent Mexican (with many of them pulling the voting lever with fake ID) and as safe a seat for a liberal open borders Mexican as you're ever going to see (except in California).

Well, hold on here Pancho!  The most liberal Democrat that Arizona has ever seen holds a Congressional seat over in mid-town Phoenix.  Her name is Krysten Sinema and she used to be a Democratic state senator in our statehouse, and she singlehandedly was able to double the time any bill was debated just to be ornery.  Well, Ms Sinema's district is not so safe as she must play always to the center with her votes in Congress in order to keep her seat in a district that has a number of large businesses. 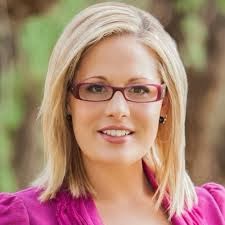 So when Ed Pastor announced he was leaving, lily white Krysten Sinema let it be known that she would move over and run for Pastor's district where she could own the seat for life.  But hold on!  Let the racial profiling begin!

Also coveting Pastor's seat is his daughter, a Mexican liberal carry a honky name of Mary Rose Wilcox, and a big illegal lover named Steve Gallardo.  So the Mexicans all got together and recruited La Raza (the race), Chicanos por La Causa (the cause being amnesty) and a whole slew of Mexican groups and wrote an open letter to Lily white Ms Sinema and more or less told her if she didn't back away and let a Mexican have the seat, the'd boycott her.

Well, what else could Congresswoman Sinema say?  She backed out today and left the seat to be filled by a Mexican.  One of them, Mr. Steve Gallardo, coveted the seat so badly that, yesterday, in an effort to ride the "Gay train" announced that he's "coming out" after forty plus years and loves rainbows and gay bars as much as the next fella! 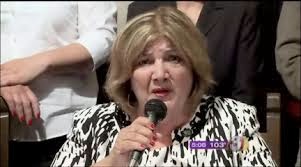 Another one, the previously mentioned "faux honky" is Mary Rose Wilcox who was busted a decade ago for procuring contracts for her private business while she sat on the city council....but what the hell..all is forgiven if you're carrying the blood of that "rich cultural heritage", right?

So fret not illegal Mexicans in Maryvale...you're Section 8 housing is safe, your welfare check is safe...so crank up the Mariachi music and party hearty!

It is interesting how this is a major problem in California and, now, Arizona and probably more Southwest States and the rest of USA remains blissfully unaware of this.
If you really want to win this war (and educate us) you might explain it without the warring language. I know it is a war for you, there, but not here yet and all the negativity is discouraging to the "facts".

Any group that even hints of White anything(except guilt or racists etc.) is instantly labeles as a terrorist organization How about The Legal Race For the American Cause!Lets start over and get representatives that actually work for us,and while we are at it picture I.D. to vote for ALL voters. American Pride!!

Jerry, my liberal friend, is there were a terrible train wreck, you would want me to describe how each box car was tilted right or left, how many people were injured, how many died, what human and cargo refuse was spilled about...but you don't want to hear that the engineer was drunk...or playing with his iPad, or talking on his cell phone when the accident occurred.
The problem with liberals is that they want to be spoon fed...it is simply too much too look up Pastor's voting record, or to look up a recent article that reported Raul Grijalva has the worst voting record in Congress (that is showing up to vote), etc.
Let's be honest, Jerry, you simply hate the fact that I'm exposing the duplicity, the basic dishonesty of liberal Democrats. And as to my own objectivity? Ask my regular, long time readers how many times I've hammered on Republicans and their own tendencies toward duplicity and corruption.
Jerry, if you are ever to be redeemed you need to learn to see things as they are, not as you wish them to be.
And finally, please understand this; my remarks may seem 'warring' to you because, by god, we are at war...how could you not know that?

Craig, reader Karen made that very point about another blog..the one on gays and flags...sad but true.

That is the point, exactly! Not counting Taco Bell and Taco Time, we have 4, just four "mexican Restaurants in my little town and maybe another six in the neighboring "big town"! We do have a Cinco de Mayo Celebration but mostly for the college kids to get drunk. And, I have seen some hard working "Mexican" (I did not ask them!)roofers and the landscapers, of course. They all speak English and live here and there, sort of next to and among us. I don't think we have ghettos.
"IT" is NOT a problem in my community so I am trying to understand yours.
Here is my position: English should be our only language.
If you don't read the newspapers you shouldn't vote. Identification should not be necessary unless you are driving, flying or carrying a firearm. If you hire an illegal you should go to prison (for life!), even for mowing your lawn! and, I am in favor of a military draft!!! or at least the Peace Corps or some way to serve and feel apart of this country. Also, while I am at it, it should be illegal to go to college without first travelling at least 10,000 miles and a year or so on your own. Taco Tuesdays should be twice a week! I am a very conservative "liberal".

That's all very fine with me, Jerry. But it doesn't explain your first comment regarding my 'negativity'...

Reverse racial profiling...'REAL RACIAL PROFILING' as the local Mexicans have done in this lust for a Congressional seat is wrong and racist..so what more explanation do you need than my citing the facts of the case (which are easily verifiable by reading the last two days editions of the Arizona Republic).

And ironic that you mention need ID while driving..all SB1070 (and the Sheriff's enforcement) was within the law..but the Mexicans..and Obama charged him with stopping a car with a broken tail light, or expired tags, and asking for ID...AND he's then charged with racial profiling...this despite the fact that his Sheriffs stopped far more whites than Hispanic..you see it's the old reverse race card all over again.

That's where the duplicity and dishonesty of the Democrats come in...that and simply ignoring any known statistic that conflicts with their ideology.