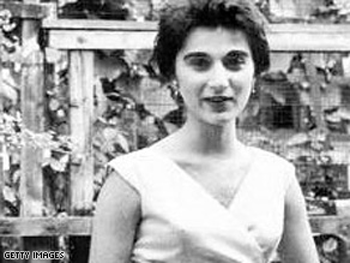 Fifty years ago tonight Catherine Susan "Kitty" Genovese left the club where she worked, got into her little compact car and drove to her home in Queens, New York.  It was about 2:30 in the morning.  As she exited from her car and stepped up to her well lighted apartment door, a Black thug named Winston Mosley grabbed her and stabbed her with a knife.  Kitty screamed at the top of her lungs to all that would hear that she was being killed.

Police would later discover that 38 people in Kitty's apartment building heard her cries for help.  A number of them went to the window and looked out on the attack...and did nothing.  One fellow actually opened the window and yelled out to knock off the noise.  This prompted Winston Moseley to cease his attack and flee down the side walk.  But when he saw that no one would come to Kitty's rescue he came back and renewed his attack, stabbing her time and time again.  He then brazenly raped her right there on the sidewalk, finally leaving Kitty to die there, on an urban island of apathy, where no one wanted to get involved.

So 29 year old Kitty Genovese would die a horrible, ugly and violent death..and she would know in her final minutes the human capacity for apathy, something that many of us know all too well today as we witness the urban hell holes of Baltimore, Detroit, New York, Los Angeles and the South Side of Chicago.

But the Black thug, Winston Mosley is still with us.  He resides in prison where taxpayers have paid an average of $50,000 dollars a year to feed, house and medicate him over his long life.

Caught just two weeks after killing Kitty, while in the commission of another crime, Mosley was brought to trial and sentenced to death.  But, as with so many in the judicial world, a lenient judge, a member of Earl Warren's liberal army of judges, ruled a year later that Mosley should have been able to more strongly plead insanity in his own defense.  After all, one would have to be crazy to have committed such a heinous and violent crime, no? 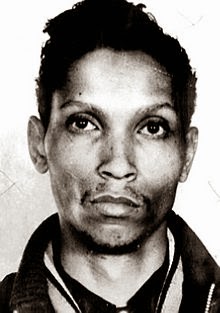 While Kitty's story ends here, Winston Mosley's does not.   On March 18, 1968, nearly four years to the day that he had murdered Kitty, Mosley escaped from prison and fled to a vacant home.  When the couple who owned the home entered their home Mosley held them at gunpoint, tied the husband to the chair and brutally raped the wife.

Mosley would again be caught and sent to Attica Prison where he would participate in the infamous Attica prison riots at that facility.

Eerily, Mosley would go on and pursue a college education in prison; he would eventually earn a BA degree in Sociology from Niagara University, all on the taxpayer's dime.

In 2013, during Mosley's annual parole hearing he professed to be a "victim".  He told the parole board that, when they make a mistake in the outside world, the consequences only last a minute, or an hour...but when he made a mistake he's forced into paying for it for his entire life.

I'll let you, dear reader, decide who paid the most.  Winston Mosley is still being fed and cared for in prison...and little Kitty Genovese will forever be a young and wistful 29 year old with her whole life ahead of her.

And he's able to see and interact with his family members. But the victims will never have that luxury. It amazes me there are people who believe in these shit bags and fight for their cause. It amazes me more this guy has the balls to say he was being treated unfaily. How about this you POS, you made choices which will affect how the rest of your life will go. Niether of the woman YOU violently attacked and viciously raped had nothing to do with you going to prison. The Staff working at the prison had nothing to with you being incarcerated. It was YOUR actions, so take responsibility for your actions and go back to your cell and DIE! This is so frustrating when you hear this crap.

Public hangings or for the fiscally responsible public stoning. The state or fed could sell stones to all who wanted to participate to recoup some of the cost of incarceration. Good to see there are more like me in Kalifornia Brian.For rapists and child molesters: instant death sentence.