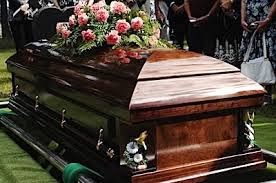 When it comes to holding out hope for my country I'm like the kid that's always wishing for that pony for Christmas, no matter how far fetched the dream, there remains hope in my heart.  But, sometimes I despair when I watch and read of national events that seem to point to the death of the America I grew up in .  If you've ever attended a loved one's funeral, it's that moment of stark realization as they begin to lower the coffin....that moment when you realize you will never see that loved one ever again.  Well, when I despair, that's what I see as my country descends into chaotic immorality and lawlessness.

The things that got me down this week were not momentous; they were just unsettling, irritating, kinda like a grain of sand that gets under your eyelid and gives you minor fits.  Such as:

Yesterday a little news bit caught my eye because it originated near where I grew up in the central valley of California.  The news item, accompanied by a photo, showed a Fresno County Sheriff's helicopter that landed safely on either a public park or public school ground.  Apparently witnessing the clop..clop..clop of the descending chopper, local school teachers chose to make this a teaching moment and herded a couple of hundred elementary school kids to where the chopper sat.  As I gazed at the photo my heart sank as I looked at fully a couple of hundred brown faces and not a white face among them.  I had a similar experience back in December when I looked on a photo in my home town paper of a teacher in the class room...capturing a special moment in the life of that class.  Again, every single student was Hispanic.

So, okay, brand me a racist...though I'm not.  It's just that the totality of all those brown faces, and not a single White, so clearly tells the story of the nearly complete Mexican invasion of the place I grew up in...a place where, like communities in the East, Hispanics existed in numbers more representative of the native populace..and not comprised of foreign invaders.

And I find no comfort in looking at those sweet innocent Mexican faces because I know, standing behind them back home, is a whole slew of impoverished Mexicans who suppress our wages, saturate our Emergency rooms, game our welfare system with anchor babies, drain our food banks, breed latino gangsters that leave graffiti on every available surface, dump their mattresses and oil cans on the side of the road...and live like the third world heathens that they are.

So the coffin with my beloved America is rapidly descending to the grave.

And then this week I read the numbers of a poll that shows 67% of America has a high regard for Hillary Clinton...and that some Republicans and many Independents might join with Democrats to elect her as our next President.  God, how that sickens me for it is not just that I disagree with Hillary's politics, but that so many are blind to the fact that her character is that of ambitious slime. She is tainted by her tolerance for Bill's peccadilloes, she is tainted by White Water and Travel Gate, and most horribly, by Benghazi.

And if 67% of America is ignorant and immoral enough to consider her fit for the Presidency what does that say about America in 2014?  And the coffin descends a bit deeper.

And then i read that Obama is getting away with releasing 2, 228 illegal high risk felons, or that he's further destroying America's image abroad, or that he's allocating further tens of billions of dollars toward rewarding the sloth and crime-ridden urban slums, essentially rewarding failure and punishing productivity...or that Obama is pressing on with ordering federal attorney generals in each state to begin the process of affecting the early release of millions of Black drug felons....and the coffin descends a bit deeper.

I read of these things and I greatly despair for my country.  And days like today that pony under the Christmas tree seems impossible indeed.  Instead I hear the funeral dirge from a dozen bag pipes as my country sinks into deathly oblivion.

Beyond scary, beyond sad, downright frightening! I want to escape the city & live off the grid!!!

Carol, I'm convinced that, without Sheriff Joe, and without a conservative state house, Arizona would already be another state of Mexico, just as California has become.

I came across a link the other day, it was of a street cam in downtown Los Angeles. Someone ran that damn cam for an hour, watching people walking by, and there wasn't one white or one Black that walked own that street for the whole hour....it really did look like a Mexican barrio.

Hell, we ought to all move to Mexico; it's cheaper and we wouldn't have to be paying the freight for 30 million invaders.

And re Hillary Clinton, Republican Jolly barely beat Democrat Sink down there in Florida yesterday in their House race....are you kidding me? After the Obamacare fiasco and we could barely edge out a win in a fairly conservative district? We're in trouble come November!

That 67% is a scary thought. One would THINK that people learned after Obama and realized they need to actually look into a candidates history/plan. I see people all day long with their iphones in their face, they have access to finding this information. I guess pulling away from candy crush or facebook for two seconds would be too much. Besides it's easier to be ignorant and fully throw your support to "your" candidate without knowing a thing about them.

I hope you're enjoying the Arizona weather Mr. Scribler, I still have your post about Arizona in the back in the my mind. Here in NJ we have 65 degree weather and then snows the next day. I guess Chris Christie is controlling the temperature just like bridge closings.