Illegal Kids; Are They All "Valedictorians" and "Dreamers"? 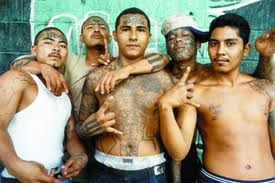 Don't you just love how our open borders politicians use the flowery language of adoration to promote the latest "Dream Act?"  Since Obama began his Hispanic pandering campaign a couple of weeks ago he is quoted as saying we simply cannot deport all these "dreamers" and "valedictorians".

I say "wow!"  I didn't know these million plus illegal youth group were such model citizens!  For example, when Romney suggested that he would approve citizenship for illegal kids if they chose to volunteer for the military or a national service corp the illegals balked, derided the very suggestion that they should have to offer any sacrifice for citizenship.  Thousands of illegal kids left school in the Las Vegas area to stage a protest against Romney upon his arrival in that city.  "Dreamers?"

We have a school nearby here in Phoenix that is 90% Hispanic.  The school has been vandalized over 30 times this year alone, with millions of dollars in damage.  "Valedictorians?"

Until the courts forced a closure, the Tucson Unified School District was allowing an Hispanic Ethnic Studies program that taught Hispanic students the sciences of white hate.  The curriculum consisted of the most radical "hate whitey" programs ever existing in the nation.  "Dreamers?"

In Phoenix and Los Angeles and Fresno and Stockton the high schools serve as a "training ground" for indoctrination into latino gangs who wreak havoc on any efforts to teach and who are the primary dealers for drug sales in the school system.  "Dreamers?"

Last year I published an essay by a California teacher who lamented the degradation of the Los Angeles school districts as latino students absolutely refuse to learn english and disrupt the classroom when she tried to teach those in her class who wished to learn something.

Just about every week in Phoenix latino teens celebrate the summer by commandeering a vacant house, bringing in gallons of liquor and plenty of crystal meth and pot and literally destroy that home overnight.  The party usually culminates in a shooting or two just to insure a good time is had by all.  "Valedictorians?"

So the next time a liberal politician begins advocating for a free pass for illegal kids (the Democratic Dream Act proposed by Reid and Pelosi defined "kids" as illegals up to the age of 47; Obama has defined it as a 30 year old), and they begin their speech by talking about "Dreamers" and "Valedictorians",  you should know that this is balderdash.  The current crop of illegal youth are much like the one we gave amnesty to last time; they have little allegiance to America save what they can collect through America's generous social service programs.

All across our nation high school SAT scores have declined year over year.  Basic reading and writing skills have declined as well.  The level of violence in our schools has exploded.  Is all this attributable to illegal Hispanics?  No.  But when you have two generations of illegal kids who, raised by Hispanic criminal parents who have failed to integrate into the American mainstream, when you have to ignore the education of American kids to teach five million illegal kids how to speak English you have a problem.

While I will readily admit there are some good, hard working kids out there who are suffering because of the illegal acts of their parents, they are in the minority.  A politician's greatest gift is the gift of falsehood and generalization.  We do not have millions of Hispanic "Valedictorians".  We do not have millions of "Dreamers" unless you mean the dream of getting something for nothing.

The right thing to do is to offer these kids a four year tour in the military or two years of a national recognized community service group, then grant citizenship.  If they can't give something to their newly adopted country then we don't need them here.
Posted by A Modest Scribler at 7:02 AM

Offering citizenship through serving sure is a
better option but its still totally unfair to the good mexicans who are trying to migrate here legally.
Its funny how the voices of those people are
never heard. The illegal movement sure doesn't
want anyone talking about how they screw their
own countrymen and relatives but nobody talks
about that much because then they can't use that
race card.

The PTB want the gang activity and the violence and the drugs because it creates buisines .Hospitals need to be filled and jails and prisons too .Why do you think they don't want to close the boarder crossings ? Because the drugs and people coming across are helping to create and continue the problem .Were talking billion dollar business here with government involvement . Without Jails and Prisons and Hospitals .The amount of Jobs lost would be staggering and hurt the economy .Thus why it continues and more will die and be hurt all because of the MONEY !