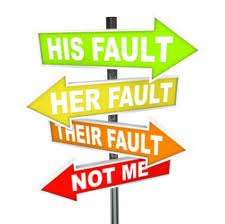 If anyone is looking for blame for Obama's win with the Supreme Court yesterday they need to go and look in the mirror.   The fault lies in you, and I blame the failure of Conservatives to govern conservatively when they had the chance for much of our current woes.

And how about those Congressional Republicans who controlled both houses of Congress from 2001 to 2005?  Does anyone wish to google our deficits during those years?  While not nearly as onerous as the deficits accrued since the Democrats took control of Congress following the 04 elections our "old school" Conservatives personified "RINO" (Republican in Name Only).  The pork flowed profusely during the RINO years.

All of the Conservative failures resulted in the "perfect storm" for Democrats to take control of Congress in 2006 and the White House in 2008.  Americans were war weary and tired of fighting Muslim Wars and they were sick and tired of politicians, specifically Republicans, who spoke out of both sides of their mouths.

Result?  A laxity of purpose and a rebelliousness set in among Conservative Independents who said "let's try something else".  They did.  They elected a Socialist who lied and posed as a political moderate who, upon being elected, began pandering and throwing money at any radical and perverse interest group that could support his political aspirations.

In the 2010 mid-term Congressional elections voters were alarmed sufficiently with the Obama/Reid/Pelosi regime to attempt to put a halt to radical socialism.  Thus, voters sent 89 Tea Party candidates into office in an effort to stop the madness.  Sadly, it was too little, too late.  By that time liberals had already rammed through a $1 trillion dollar pork laden stimulus bill that did nothing for the economy but generously rewarded their liberal left supporters.  Following that madness they passed a 2,300 page $10 trillion dollar Obamacare bill that further rewarded government tit-suckers.  Since 2006 the liberals have succeeded in creating an entitlement class of Americans who love getting something for nothing.

To paraphrase Thomas Jefferson "when the majority of Americans can vote themselves generous benefits, to be paid for by others, you have essentially killed the Democratic Republic."  That is the monster we have now created.

Now, in the days to come we'll read the rants on message boards across the land, lamenting the emergence of an almighty, all-controlling federal government intent to control every facet of your personal life.  Pay them no mind.  As we have seen in every election 50% of these "keyboard cops" are too damned lazy to get out and vote the radicals out.  They will moan and cry that their vote means nothing; and indeed they're right!  Because they stay home those 30 million votes that might make a difference come November never get reflected on a voter ballot!  That's sad because the electoral process is our last chance to turn this country around!

If you are truly fearful of the direction this country is going, look hard in the mirror!  Then, don't wait; go out and now and register yourself as a voter for the elections in November.  Study the issues and candidates which best reflect your views.  Then get off the couch, push back from the damn computer keyboard and get your ass to the polling booth!

Failing that, stay away from mirrors!