"And There Was No One Left To Speak For You" 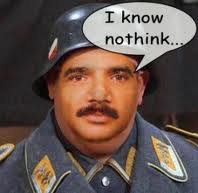 
First they came for the smokers, commandeered $25 billion dollars in tobacco money, promising to use it for tobacco use prevention, and used it instead for liberal causes.

Then they came after those who consumed fast food,  demanded calorie counts be posted on restaurant menus, and demonized anyone who enjoys a hamburger and fries

Then they sued the state of Florida for mandating I.D. before a voter can cast a ballot

Then they demonized a "white hispanic" while ignoring the thousands of murders committed in urban black ghettos.

Then they demonized Christianity and demanded the removal of crosses and Stars of David and all references to a "divine being".

Then they mandated that religious organizations set aside their moral opposition to birth control and abortion and, in fact, mandate that these institutions pay for the killing of babies through their medical coverage.

Then they came after the owners of property and savers and demanded that accumulated wealth be "re-distributed" to those who elected not to save and not to work.

Then they came after your Social Security and Medicare contributions and demanded it be re-distributed to Medicaid and given to those who refuse to work and refuse to contribute.

Then they came after you and demanded that you pay higher taxes to pay for unionized public employees to secure their electoral support.

And there was no one left to speak for you because you sat back and ignored all the warning flags...and a free America was no more.
Posted by A Modest Scribler at 2:30 AM

The quote goes something like, "the only way for evil to succeed is for righteous men to sit by and do nothing". I try to live by that, it has cost me many relationships with some very nice but otherwise lackadaisical folks. They say I'm too opinionated and cynical. To hell with them!