"Happy Birthday To Me" 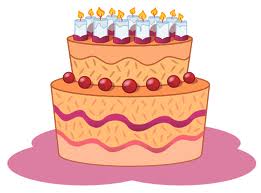 Today is my birthday.  I now call them "bonus birthdays" because on July 4th, 2007 I was sure I would never live to see another birthday.   I had been feeling a little "punky" for a couple of weeks but awoke on the 4th of July feeling worse than usual.  I had a consistent cough and felt like I was coming down with a cold.  That July 4th afternoon I was standing over the sink,  washing up a dish and coughed violently into the sink.  A few drops of blood accompanied the cough so I knew it was something serious.

I showered and got dressed and went to the Emergency Room.  After a couple of hours of waiting I was seen by a doctor and reported my symptoms.   They ran some blood tests and ran me through a Cat Scan and several hours later I was called into an exam room by a young doctor.  He then gave me what I thought was my death sentence; he said I had lung cancer and showed me the tumor from the scan.  After coordinating with my Primary Care doctor for follow on tests and treatment the hospital released me to go home.

I walked out of the hospital and stood outside for awhile looking at the late night sky, breathing in the fresh air and flushing out the chemical smells of hospital, grateful to be out of  there for the time being.  Until then, I had been relatively healthy and usually saw a doctor once a year or so.  I always hated going to doctors.  Now, as I stood outside, I contemplated what was ahead for me.  Five years earlier my mother had died from the same disease only ten days after diagnosis.   I believe I was as afraid of the treatment as much as I was the prospect of dying.

After a battery of tests, some painful, some not, I was initially diagnosed with stage I lung cancer; they had seen no evidence that the cancer had spread to the lymph nodes.  In August I reported for surgery where my excellent surgeon removed the top half of my left lung.  During the operation she found some cancer in a few lymph nodes (Stage II)  and removed those as well.  I awoke from surgery in some sort of post surgical room; all I remember was that I was lying on a steel table, covered by a blanket and I was screaming louder than ever in my life, so great was the pain.  Someone responded and must have given me a pain killer because the next I remember I awoke in the Intensive Care Unit and was hooked up with breathing assist devices and tubes and drainage tanks and all manner of things that limited my mobility.  I won't bore you with the rest of my stay.  Suffice it to say it wasn't pleasant.

After release from the hospital I went home to die.  I read all of the relevant lung cancer information, most specifically the statistic that only 15 percent of lung cancer patients are still alive within five years.  The doctors gave me six weeks to heal from surgery and I was then put on six months of preventative chemotherapy.  That too was "not pleasant" but I accepted it.

For almost a year after the surgery and chemotherapy was over my body was still in a chaotic state; my blood tests were always showing some deficiency and hormones were out of whack but, despite these problems my follow up scans were showing "clear", no re-emergence of the cancer.

At a time when I should have been grateful I was still depressed about my current health problems and was still waiting for the BIG C to come back and get me.  After all, I was smart; I could read the statistics and my odds weren't good.  I don't know how I would have gotten through those days had it not been for my youngest daughter who often served as a sounding board for my fear and frustrations.

My evolution from "man waiting to die" to someone more hopeful and grateful is not clear.  I do know that the "clear" scan that came a year after my treatments gave me reason to hope.  I only know that eventually I started thanking God for all of these bonus days he had given me.  Those bonus days and weeks and months have now turned into years and today I celebrate my fourth bonus birthday since I was diagnosed.  I still have the fears...and sometimes when alien ache or pain persists, I am reminded of the fragility of life.

But I am mostly grateful.  I have now lived to see two more grandchildren born and two who are almost grown and have turned into pretty good people.  I have lived to see my family, to travel, to rejoice in Christmas reunions and family birthday celebrations....and just the joy of a morning sunrise and the fresh scent of citrus blossom in the morning air.

Four months ago I finally decided that I should probably begin to care again a little more about the world I live in...and the world my grandchildren will inherit.    On that day this blog was born.  I have written as honestly and sincerely as I can about things that inspire me, people I love, and things I am concerned about.  Sometimes I write of humorous things, sometimes poignant experiences and many times of very serious issues.  I have been called a "fag", a "racist", a "xenophobe", an "idiot", "a "rethuglican" (I'm an Independent) and several other things.  Through it all I have written every day of the week and will continue to do so, as long as I believe my words are doing what I wish them to do; compel you, the reader, to at least think about your responsibilities as a citizen, whether you agree with me or not.  I also learn from those who are thoughtful enough to leave comments and present their ideas on an issue.

So, Happy Birthday to Me!  I have no idea why my Higher Being has given me so much bonus time; I don't know what he plans for me but I'm enjoying this bonus ride.  Like that Cancer Hospital Commercial, I've tried hard  but I have yet to see an expiration date on the bottom of my feet!
Posted by A Modest Scribler at 1:23 AM

happy birthday to you. i've been reading your blog for a while but this is the first time i've commented. i appreciate your candid, thoughtful, brutally honest approach. you tell it exactly how it is. i know i don't need to tell you to pay no attention to your detractors; they're trying to suppress the truth. just keep doing what you do, as you do it so superbly.

i cannot thank you enough for your service to our great country. because of your bravery (and other soldiers past, present and future), you have kept freedom and liberty alive. i am eternally in your debt.

and, congratulations on your recovery from the horrible grips of cancer. glad to have you here.

cheers,
an avid reader and admirer.

Thank you so much. It is letters like yours that make this such a worthwhile effort. The privelege of serving my country is more a gift to me than the other way around. I learned discipline and team work and received a college education with the overwhelming support of the military. Too, I was given the chance to see the world and live in other countries which deepened my love and appreciation for America.
Again, thank you so much. You made my birthday extra special!

Happy happy birthday to you!! Hopefully you will have many more. I, too, am an independent who has had to deal with a lot of nasty name-calling just because as a country I think we need some fiscal discipline and to bring some of the old time values back. Your posts are a bit of fresh air :) Anon #2

Thanks so much Anon2! Be of good cheer; you never know, we may yet take our country back!