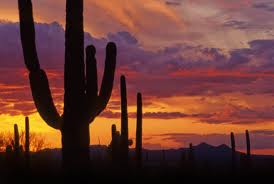 I've written in previous blog entries about how I love everything about the American landscape.  I love the greenery of all the wonderful states east of the Mississippi, their vast tracts of thick forests and beautiful rivers and lakes as big as whole countries!  However, having been raised in the West I have to say it's my favorite.  I especially enjoy the wide open spaces of Arizona; the wide-open skies, eye-popping sunsets and colorful vistas that extends for a hundred miles or more.

Most tourists who come here marvel at the grandeur of the Grand Canyon, then head north to Las Vegas or drive south to Tucson and Wickenburg and Tombstone to get a touch of the old West.  But there is so much more to see.

In a single day one can visit the old mining town of Jerome, now home to a budding artist colony.  Have yourself a capuccino and walk around and enjoy the paintings and sculpture work.  Drive not much further and visit the old Arizona capitol at Prescott and see a mix of both new and old west; get there on a weekend and you'll find hundreds of folks assembled about the city square for art exhibits, food tastings and camaraderie.

Drive eastward again and access the 17 freeway, head north to Flagstaff and dip your heels into chilled lake waters while sitting under a canopy of Pine forests as rich and thick as any you'll see in Lake Tahoe.  Drive East from Flagstaff and marvel at the Painted Desert or ancient lava flows casting an eerie scene of an earth's violent and volcanic past.

On another day, head south again to Phoenix where you'll find a Scottsdale trying to decide whether she wishes to be a world famous upscale resort or old west town.   Scottsdale, where you'll find a native Arizonan taking her horse on a Saturday morning ride while Mercedes convertables, driven by sunglass clad yuppies on their morning trek to Starbucks, zip by.

Now escape the urban sprawl of Phoenix by hooking up to U.S. 10 and drive southeast to Tucson.  But before you do, head out to the Apache Junction area to see old army forts and, if you have a hankering, pan for gold or head out with a group still searching for the Lost Dutchman's Mine!  If you find it you'll never have to work another day in your life!

Notice how Phoenix and Tucson begin to narrow the distance between themselves as urban developments moving north and south begin to intertwine.  Now head south to Tombstone if you must and tell the folks at home that you saw the Earps and Doc take care of the Clanton gang.

On that same day you can head southeast and travel down to Bisbee, a renown copper mining center but also home to artists and free-thinkers and plush bed and breakfasts that will sooth the soul.

If you're heading East to go home, go back up to the North and Highway 40.  Detour a little and follow the old Route 66!  You'll find several towns up that way that still survive and will serve you a Root Beer float and 50's style hamburger while Elvis croons on the Juke Box!

If you're heading home to the West, then you're a Californian!  Got just the place for you too:  There's some mineral baths about 40 miles west of Phoenix, just off Fwy 10, where you shed your clothes, walk around in your birthday suit and soak in a hot tub with other nature lovers!

You'd be smart to soak in that hot tub at sunset, look to the west, and watch mother nature putting on a spectacular light show as sunset ebbs, the sky turns violet and a million stars emerge.  Reach out a hand and grab a handful of stars and marvel at beautiful Arizona. 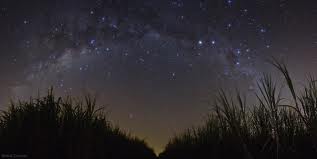 Posted by A Modest Scribler at 1:27 AM

I have had the opportunity to visit and gaze in awe at the vastness and beauty of the Catalina foothills in Tucson. I've been to a few of those other spots too, really enjoyed my visit to Jerome. Loved it. jo