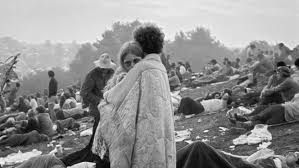 I've pretty much reached the gag point on this week's media glorification of Woodstock. What was Woodstock? Was it a "love-in?" Was it an awakening for a generation? Nope. It was simply a mass assembly of dopers and folks who gathered in place to diss their parents; The Greatest Generation who weathered The Great Depression and fought a war to preserve the liberties of billions world-wide.
What did the Woodstock Generation contribute? They introduced America to dope on a massive scale, said it was okay to refuse to serve in the armed forces, and fornicate with abandon, disregarding the epidemic of sexually transmitted disease and relegating the term "father" to just a line on a birth certificate.
Then, once they got too old to collect an allowance from Mom and Pop, they formulated a society hell bound on our national destruction. Many of that generation went into teaching, and indoctrinating the next generations into a "everyone gets a blue ribbon", Dr. Spock/It Takes A Village mindset that birthed at least two generations of "safe space-seeking" snowflakes. Others, ironically, went to Wall Street and created the Great Recession with their CDO's.....in pursuit of three car garages and luxury goods.......material goods they once criticized their parents for.
Thank god I didn't burn my draft card in exchange for a piece of ass. Thank god I was in uniform and fighting a war when Woodstock took place. Thank god that I embraced the work ethic and moral principles of a Greatest Generation mother.
So, no. I don't see any "heroes" in that Woodstock crowd. I don't even see Woodstock as something novel. Nero's Roman orgies and the crowds at Sodom and Gomorrah were pretty much Woodstock's brethren. 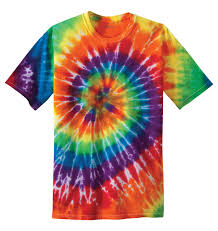 I'm done. Now take your tie-die and stick it where the sun don't shine.
Posted by A Modest Scribler at 2:30 AM

Awful hard on them, no Scribe? It was a Generation trying to find itself, a rebellion from their Parents. My Parents Generation were raised much like Europeans raised their Children. It was time for a change. We're going through the same type of thing now. History is repeating itself.

Like you, I never understood how the greatest generation of Americans reared the likes of this. Given a childhood that for the most part wanted for nothing, they collectively decided they had been treated unfairly and wanted to rebel (against what?). That same mindset polluted their own parental responsibilities and their children are equally, if not worse, damaged goods. But for those of us that see this as what it is - narcissism - America would have ended 30 years ago.

Frank, you are obviously more kindly than I. I "found myself" because I never "lost myself". I grew up earning everything I got and appreciated the little my mom could give us.............the most valuable being a set of principles to adhere to when things got tough. Many of my generation did just that. But are too many, spoiled by a Greatest Generation that made the mistake of giving their children what they never had, ended up transforming their children into Sophist Lotus eaters, many of them taking two decades to sober up.

Randy, the answer to "why" is found in your own statement; raising children who never wanted for anything. Absent the need to achieve and earn for themselves it became all too easy to tune out and turn on.