"Buddy, Can You Spare A Few Dozen Trillion?" 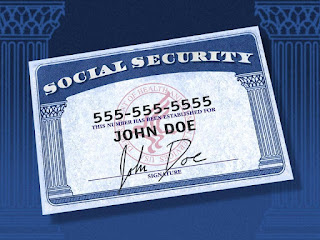 On this date in 1935 President Roosevelt signed legislation creating the Social Security Program. In the years hence Uncle Sam has collected tens of trillions of dollars......and paid out even more, to many who aren't deserving.
The program, when it first began, was meant to supplement a worker's retirement earnings. It was not meant to be a program to fully support the elderly. In the intervening years Social Security has been a piggy bank to shell out a living for folks who never saved a dime toward their own retirement and is even an additional welfare program for millions who claim bad backs and other ailments that are hard to medically dispute. Since government bureaucrats aren't spending their own money we now have millions on the Social Security disability program and the "gamers" are only rarely caught hauling out refrigerators on their back, or engaging in some weekend touch football.
Before I go on, will just one of you please name me one government benefit program that was ever terminated? And please name a single government program that began modestly, then didn't grow into a monstrous and expensive benefit giveaway!
Now let's look at why the Social Security and Social Security Disability programs grew faster than bladder cancer.
When Social Security first started you were taxed on the first $3,000 of your earnings, at 2 percent of your income, then they left you alone for the rest of the year.
Over the years Social Security payouts grew, as did the amount taxed as well as the maximums the government taxed you on.
From that modest 2 percent of your wages, with that $3,000 dollar max, Social Security now taxes you on the first $106,000 of your earnings at 12.4 percent with another 3 percent or so kicked in by your employer. (If you are self employed you get to pay the 15 percent yourself). However, even that wasn't good enough for a greedy government. When Bill Clinton was in office he started taxing you on your own Social Security check if you even came close to being middle class...........money they taxed you on the first time around.
Wish I could say that's the worst of it. But it's not. In 1965 the biggest sugar daddy that ever hailed from Texas....Lyndon Johnson....started Medicare/Medicaid. While Medicare was fine for our elderly Medicaid became an instrument to run up our health care costs by giving free health care to anyone who could claim poverty.........regardless if that poverty was self-imposed through an unwillingness to work. Not only did our Social Security withholdings soar but LBJ tacked on an additional 3 percent for Medicare taxes.
As a result of this runaway government spending the working stiff found that a stay in a hospital went from $20 or $30 bucks a day to that astronomical daily charge today. And the parties who most benefited were medical insurance companies, hospitals and millions of the lame and lazy. Who fared the worst? Yep, the working stiff not on the government dole.
Could it get worse? Well, no...........as long as you don't mind spanking new green card holders (who never paid in to either program) getting a minimum $1,000 monthly payout based on "poverty status".
This past year our government took in approximately $3 trillion dollars in taxes and fees. Of that total more than $1.3 trillion is spent on Medicare, Medicaid and Social Security Disability. That leaves a little more than half of all government income to pay for all the other government programs.....like education, housing, food stamps, national defense, research, farm subsidies, etc.
Ah, but take heart. Your government masters are saying we can stave off Social Security bankruptcy (in 2030 or so) by raising the retirement age. The closer to the grave you are the better able the government is to balancing the program income deficits. But please note that there are no plans to audit Medicaid (Medicaid beneficiaries cannot even be charged a doctor's co-pay). Nor are they cutting out the pay outs to green card weenies who come here, plead poverty, and get a $1,000 dollar check every month.
I'm still waiting for anyone to answer my two questions, as posed above. 1) Have you ever seen a government program terminated once it started? 2) Have you ever seen a government program that wasn't a thousand times more expensive than when it was first proposed?
Let's take of our elderly and those who are ailing at any age. But, for god's sake, let's start auditing these programs and cull out the lame and lazy. If you are able-bodied you ought to either work and pay for those benefits.......or get sent packing. None of us want to see SS retirement age raised to 80.
Sigh.
Posted by A Modest Scribler at 10:55 AM

1) The WPA was started in 1935 and ended in 1943, but the men had to work for the money; 2) Every projected cost of any government program is always far too low. People screaming for single payer health care should understand it's going to cost a multiple of what the "experts" predict today. Who's going to pay for it? The pols saying the cap on SS taxes should be lifted seem to think that won't affect anyone but "the rich". Wrong. I have a business with 6 employees. My profit margin is not terribly high, so when I as an employer have to pay more, guess what happens to my pricing? Society will see the cost of goods and services rise. The.pols will scratch their pointy little heads and go "Hhmmmm... How did that happen?" In 1935, male lifespan in the US was 59 years, female was 62. Couldn't receive SS until 65, so the program was never intended to cover most people. But because my generation was too greedy to save, the pressure on SS to keep the same (or greater) benefit level will be intense.

Randy, thanks so much for reminding me of the WPA. Loved the program. Wrote glowing essays about it right here on this blog. The legacy of that program can be seen in thousands of places across this country. Wouldn't work today because of the near total loss of the Puritan work ethic.