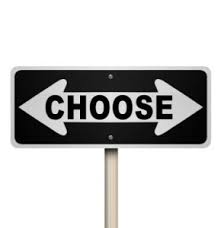 As we witness the socio-political strife in Charlotte and Portland, and the various terror plots blooming like spring daisies, we are seeing what I predicted years ago; the cleaving of America.........led by the 20 percent on the far right and the far left. This will eventually lead to America's 2nd Civil War. A study of history reveals that same old tired pattern, no matter how much you wish it were not so. Civil disturbances are always caused by the zealots on the far edge of the spectrum.
We might best learn from that 1st Civil War. Prior to the 1861 kick-off America suffered a decade of pre-war violence. John Brown was leading an abolitionist crusade in Kansas and Missouri, and leaving dead bodies in his wake. The more refined Northeast abolitionists were leading a charge to transform their Whig party into a Republican party crusade to end slavery. Those abolitionists on the eastern seaboard would influence the 1860 election and win Abraham Lincoln his new party's presidential nomination.
Down south South Carolina was leading the charge. Long before firing on Ft. Sumter they were stirring dissent at the Democratic nominating convention. And poor Democratic moderate, Stephen Douglas, could not quell the secession fires. Soon, one by one, the southern states voted to secede from the union, even as more moderates voices were calling for compromise with their northern neighbors.
On "Main Street" the "little people"........so far down the power totem pole from their elected leaders, experienced a whole host of feelings about an impending war. Some were anxious to grab musket and go out to fight. Other, more thoughtful citizens stood stunned, unable to believe that America would war with her own kind. Others, the vast majority of whom owned no slaves at all, wondered why a war was necessary.
Sadly there was just too much brimstone and fire from the more agitated elements on "left and right". The 20 percent on each side overrode that "soft middle" 60 percent who were horrified that war was about to break out.
We Americans are now suffering from those same conditions that preceded the 1st Civil War. Most find it unfathomable that a 2nd Civil War, if not imminent, is at least likely that we will again be at war with each other within the next decade or so. Our politicians are as divided over governing philosophies as we have ever been. And so many, from both parties, are unprincipled charlatans. Rather than seek compromise they opt for divisiveness as a tool to win power. Though our politicos have not taken to caning each other in the halls of Congress, as they did in the 1860's, there is a malevolence not seen in Congress since the McCarthy era. And, more cowardly than their 19th century peers, today's politicians use the art of rhetoric to stir up the masses and let them do the dirty work.
That 2nd Civil War in America will start when the "middle 60 percent" can no longer hide behind their walls and use reality TV and talent contests to divert their attention from what's going on in the streets. More Left versus Right street brawls will flare up, more mass killings, driven by political ideology, will occur so that it becomes unsafe to send your kids to school, go out to a movie or a mall, or even ferry the little ones to Walmart for back to school sales.
Sanity will be sought at the voting booth but Americans will find their choices on either side are poor choices indeed. Alas, there will no Lincoln to instill a bit of humanity into the American psyche. Instead we will be choosing between semi-dictatorships from both Right or Left.........and opting for the candidate who is most likely to "keep the trains running on time"........a metaphor for the restoration of a little social stability.
Sadly the only prescription for our current ills will be a bloody war, fought not in the green pastures of Virginia, or Pennsylvania, or on the cliffs of Vicksburg. This 2nd Civil War will be fought on the urban mean streets and the suburbs. And don't ever let anyone tell you that a standing army of a million can quell the violence of 330 million. It's just not happening.
So if you're a member of that "soft middle 60" percent who abhors the thought of a 21st Century Civil War, well I feel sorry for you. At some point, very soon, you're gonna have shut down the gaming systems, shut off your TV, put down your smart phone, and do some hard thinking about which side you are on. You may be sacrificing your life for a cause you probably didn't choose so it may as well be for the cause you most believe in.
Posted by A Modest Scribler at 2:00 AM

Read your post twice and thought about your assertion of the inevitability of another civil war. I disagree. Voter turnout averages 50% even in presidential election years. The same politicians are returned to office. Most people are ignorant of our history, are passionate about trivial matters (sports, movies, etc.) but not substantial ones, and know next to nothing about government. My observation is simple: There won’t be a war because too few care about any of it. The fringe elements on both sides do, but they are the minority. Add to that the fact that the politicians intend to stay in power no matter what so if, and it’s a very big if, the violence begins to even look like it’s going to become intense and threaten the status quo, the pols will use the national guard and stop it. Jefferson’s quote about the tree of liberty being watered with the blood of patriots and tyrants from time to time was uttered when we had a more patriots willing to stop the tyrants. Not today. Dem candidates are openly boasting of banning firearms and going after non compliant gun owners. That’s tyranny. What’s the response? We are overrun by apathetic pseudo citizens that want the “freedom” but will do nothing to stop the government overreach, not even vote. What if they started a civil war and nobody noticed? That’s us today. Sad.

I'll stick by what I said, Randy. When the chaos hits every phase of their life, when they feel they have no other choice, when the shit hits the living room ceiling fan, people will wake up. Except for that wakeup all from Pearl Harbor wars have always begun with minority support, then flares when the choices dwindle. And there ain't enough troops in uniform to quell it, even if the government masters could gin up hundred percent support from the ranks. And I'll remind you that our front line, gun bearing troop numbers are small indeed, the vast majority of them wielding keyboards, chef ladles, distributing mail, etc. Thanks for your comments.