Ah, The Vagaries Of A Biased Press 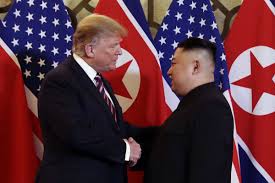 Well, if you read yesterday's morning headlines you probably saw at least a dozen news agencies trumping the headline "U.S.-North Korea Talks Collapse".
Rather interesting. How is it that not coming to further agreements comes to be regarded as "collapse". Neither Trump nor his Secretary of State expected any more than a continuation of last year's meeting...each leader probing for signs of weakness...each leader assessing future possibilities.
So was it a mistake for Trump to meet with Kim? Well, let's look at it through the prism of recent history. For more than 30 years now Kim, or his father, played American Presidents like a drum. As North Koreans starved one or another of the Kims would sweet talk Clinton, or Bush, then later Obama, to secure a few shipments of wheat and medical aid. As soon as the booty arrived the Kims would go back on a rampage.
In particular Obama, who always professed that he's the smartest guy in the room, failed massively in trying to get Fat Elvis to stop firing missiles into the Sea of Japan like a kid on the 4th of July.
But Trump, after only one year in office, got Kim to ground his missile program...and maybe massacre a few less of his own people. The Trump Administration also managed to spark the first concrete talks between North Korea and it's democratic sister to the south. Clinton couldn't do it. Nor could Bush. Nor Barack Hussein, with all his smarts and Ivy League bred diplomats.
Then Trump comes along and, despite his inarticulate stumbles, gets Kim to play nice for over a year now.
But don't take my word for it. Just yesterday I was listening to an NPR host interview a foreign studies scholar from Stanford University's School of International Studies. Despite the NPR host's efforts to get the Stanford professor to diss Trump, he was praised instead. Seems that the diplomatic community has a color code they use to assess the status of relationships between the U.S. and other countries. They use the color green to say relations are good or greatly improving, orange to signify caution, red to indicate we're in the shits. The good professor said that, for the last ten years North Korea's color chart has been solid red. That is, until last year when certain aspects of our relations with Kim turned green. The professor said that getting Fat Elvis to refrain from firing missiles was huge. The professor also said Fat Elvis has stopped exporting nuclear technology to the world's bad guys. 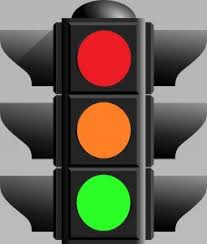 To put all this in perspective, keep in mind that Trump is receiving diplomatic praise from folks who hail from a hot bed of liberalism!
So was the liberal mainstream media truthful when they hawked "Talks Collapse" in a 1 inch banner atop their mastheads? Of course not. They must smear this President in order to breathe.
Sad. Damned Sad.
Posted by A Modest Scribler at 3:00 AM

As I almost stopped watching TV a couple years ago, I still have occasion to see the "NEWS" once in a while. Saw an ex Newsperson who quit because she had no freedom to report the "NEWS" the way it actually happens. As Politics have taken over our once bastion of enlightenment, watching it has become pointless. So I take about 2 minutes of it then turn it off. Don't need people with an agenda explaining things to me. Tell me about the floods, tell me about the fires but stay away from Politics. It's nothing to be proud of.....

Trump is an Idiot. He doesn't have a clue in what he's doing and doesn't stand a chance doing anything right. Ask ANY LIBERAL or mainstream media.
Geez they make me sick!

Frank, I stopped watching the news a couple of years ago........including Fox News. I now read seven on line sites and sift through it carefully. Ralph, liberal la la land is suffering from a refusal to admit that Trump won.