Old King Coal "CAN" Be A Merry Old Soul 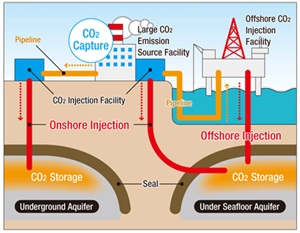 I've always been fascinated by new technologies.  One reason perhaps is because America always seems to save her ass at the very last moment by some innovative technology that restores us to world economic dominance.  If you're over 50 you might remember the 80's when everyone thought the Japanese, with their Sony VCRs and Toyotas, would soon take over world leadership.  They almost succeeded.  But then came along America's computer revolution and the 90's found our hardware and software in wide demand around the world.   Then, as we turned to a new century, it was China that is supposed to clean our technological clock.

Except just the other day I was reading about novel new American medical discoveries.  Then, this past week, I began to read about carbon capture technology.  And, yes, America is leading the way on what almost surely will save the planet.

I say that because the technology is already here.  And is now being deployed in a very small way.  Seems that American eggheads have found a way to suck CO2 out of the air, scrub the carbon from it, then inject it back into whence it came to begin with.....either in earth's substrata or far below the ocean floor.   The first, most practical application involve putting these scrubbers and sub strata injectors on faculties already producing the most carbon.  For example, a coal-fired energy plant can, with the employment of these scrubbers, make coal as clean as wind or solar...and at a much reduced energy cost.  CO2 scrubbers can be installed at large manufacturing facilities, like auto and steel factories, resulting in zero carbon emissions. 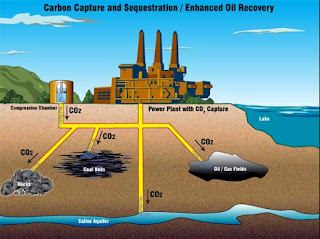 Eventually these CO2 wizards plan to put scrubbers airborne.  They have devised a way to change the temperature of CO2 atmospheric clouds, converting them to a solid, then sucking them through airborne scrubbers, to be deposited again far below the earth's surface.

Scientists employing this technology say that reducing our energy consumption will do nothing to solve our CO2 problem, so they are tackling it head on.

Pipe dream?  Well you may be interested to know that last year Congress passed a bi-partisan bill that authorizes the federal government to pay $35 dollars per ton of CO2 to any company willing to build these scrubbers and send that CO2 to below ground oil or gas caverns.  And they will pay $50 dollars per ton if they inject the CO2 back into the sub strata.  The feds are providing the seed money for what is expected to eventually be a private enterprise effort.  Thus, it is very likely that you're going to see Exxon and Shell Oil sinking CO2 tubes in parallel with their oil-drilling operations.   You might ask if there's been any corporate enthusiasm for the project.  Well, the IRS has already produced an IRS credit called Q45 and companies are lining up for a very generous investment tax credit!

God Bless American know how.  If the damned Chinese don't steal the technology we Americans might just be on the cusp of creating a cleaner world....and getting rich in the process.  Oh, and by the way, Old King Coal might prove to be a valuable and "green" cheap energy source once again.