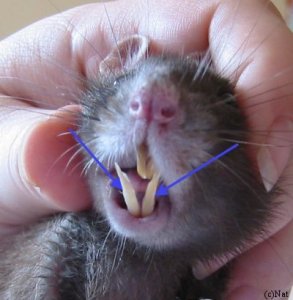 "Mice Utopia"
The study was first conducted at a university in Norway back in the early 60's. It was replicated again in 1971 at Portland State University by a graduate student pursuing his doctoral in psychology.
The study? "Mice Utopia". Researchers took two groups of average albino mice; one a control group, one experimental. The control group would be raised in an environment with a stable population. The experimental group would be allowed to populate at will, would be given corresponding increases in food and water to accommodate the increased mice population.
The mice population was that was given food and water, and not forced to forage for their own sustenance, were at first docile. However, as overcrowding took place, remarkable behaviors were noted. As the population increased mice became more savage with each other, death matches broke out between each other, parental mice ceased the weanings of their pups, leaving them to fend on their own. Researchers were startled to observe a rise in homosexuality. Even physical mutations began to be seen as the experimental mice began developing huge fangs....all of this in a period of only six months.
https://pdxscholar.library.pdx.edu/cgi/viewcontent.cgi?article=2428&context=open_access_etds
Can that same behavior plague be attributed to current human behavior? Can human society create their own hell through the artificial constructs of governments attempting "designer societies"? I don't know, but it makes you wonder. In an era where we are savaging each other, when folks wander away from societal traditions, and create some 50 different gender identifications, when character assassination can occur by mere accusation, when each societal and political group pursue the "death match" approach to resolving differences, perhaps those mice studies might give us reason to pause and think about it.
Check your fangs when you go to brush your teeth this morning.
Sigh.