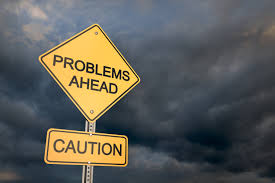 As I write my last blog of 2017, before saying goodbye to you all on Monday, January 1st, I thought about what I might say.  I was then inspired by watching a gathering of liberal intellectuals being aired on C-Span this morning.

The topics of that liberal gaggle included immigration, education, the failure of capitalism and the national healthcare system.  So as I listened I heard one speaker lament that America wasn't like Denmark....where the absence of spending on their own defense enabled them to fund healthcare.  (They failed to mention that Denmark is able to do that because America pays for their defense.)  And, as Danish healthcare was praised, as was that of much of Europe, no one bothered to explain why each year hundreds of thousands from countries with socialized medicine flock to America for their critical care.

Next up was immigration.  Your liberal friends at that meeting were espousing the elimination of national borders, allowing anyone to come to America, arguing that America is a nation of immigrants and we should never restrict the free flow of humans who wish to come here without our approval or blessing.

When the next liberal speaker rose to talk, he walked to the podium and proclaimed that capitalism was the worst system to ever be inflicted on humanity....that it encouraged selfishness and greed and income inequality.  To that, the liberal crowd roared their approval.

Finally, when those liberal geniuses got to the subject of education, they recited statistics about how America is now 28th in education among the large industrial nations.  The education genius said it is because we starve the education budget and if we would just throw more money into the education pot, things would get better.

After listening to all those liberal speakers, I admit to experiencing a bout of nausea.  And I also admit that, as each liberal rose to provide his or her solutions to America's problems, I spoke out loud, asking them from afar about certain and specific holes in their arguments.

So of course I would ask when is enough... enough?  And I would ask of what value are immigrants who have mastered the art of exploiting our social services?  And I would ask if the combination of explosive Black urban crime, mixed with the explosion of MS-13 gangs, and Latino home invasions, the rise in hit and run automobile accidents, the strains on our healthcare system through bankrupting our ER rooms....( the "health clinic" most used by illegals) is worth it.  And I would ask if it is a good thing that these 80 million illegal residents refuse to jump into the melting pot and embrace societal traditions that promote the common good?

With respect to supporting a national healthcare system, I would only ask you how you are treated when you walk into any government run establishment.  Are you treated as courteously as you would be in private business?  How's the wait time in your local DMV, or Social Security Office, or government medical clinic?  How's the level of customer service?  Do you really want 1/5th of the economy being run by government bureaucrats?  Do you want the VA running your healthcare system?

With respect to the evils of capitalism, I would have asked those liberal elites to name one system elsewhere that has brought more prosperity, more elimination of poverty, more opportunities to achieve your dreams.

Finally, with regard to education, I would have asked those liberals to explain how the costs to educate our youth have risen faster than any other segment of local, state or national budgets, and yet our youth are getting ever more ignorant.  And why we lead the world in the costs of education per student, yet trail them so badly.  And I would ask them if they did not believe the death of the nuclear family had something to do with the decline in education.  Or the plethora of bad teachers, backed by the strongest union in our nation's history.  I would ask them if the "crack moms" in Baltimore, Chicago, Philadelphia, New York or Detroit give one shit about the education of their spermal offal?  And after Dr. Spock and Hillary's "It Takes A Village", and the death of corporal punishment in our schools and homes, how is a parent to direct a child toward positive development?

Every one of that seminar's problems can never be resolved with simple solutions.  All are complex, all are interwoven with each other, all require a revolution of magnificent proportion to solve.  (Alas, that's why I have talked unendingly about that 2nd Civil War).    The only thing I can say for certain is that the liberal answer will never be the right one.  The liberal solution is always concocted from a belief that big government can mandate Nirvana if just given the chance.  Well, Stalin tried that, as did Hitler, Franco, Mussolini, and a whole host of tyrants throughout human history.  And the only thing that has even come close was the republic our founders established more than two hundred years ago.  It is not "the perfect union" but far better than anything before or since.

As we approach 2018, I'll be looking to see how our society evolves.  And I'll be looking to see if we shall have a White Knight (gender and ethnicity no matter) arise and come up with a better idea.  And, most fascinating to me, will be what happens to the mainstream media.  They have poisoned the well through their biases for too long now, this past year the most toxic.  But they are like an expanding balloon, their toxic gases expanding to the breaking point.  I'm fascinated about what will happen when the last 20 percent of America stop believing them, give up trying to pluck the truth from their biases, when the great totality of America just begins to regard these "journalists" as the next evolution of "comic strip".

When that happens, who's going to be around to cover that "2nd Civil War?"

Lots of storm clouds ahead, dear reader.  Don't be caught out there without your umbrella, or without your 2nd Amendment items.  Keep a store of water and rations nearby, until the dust settles.

This all worries me. The libtards have caused more problems than we can fix short of an uprising. I pray that a miracle happens and happens really fast because it's like a snowball rolling down hill and gaining speed each and every day.
Lord help us all.

Two minor points that come to mind with this posting. First, the term prefer to liberal is progressive, which in reality is regressive. Second, liberalism in itself is not a bad thing; it is modern liberalism that I believe you are addressing in the post and by any measure it is not a good thing and most certainly not that which makes America great. Have a great 2018 and keep leaning forward.

Ralph, the longest lived Republic was Rome, though not a democratic republic. Our own republic is aging and overdue for extinction. And the fall always comes with an uprising, or Civil War. We were warned by our founders that when citizens began voting themselves benefits the end was nigh.

Unknown, the liberal I prefer to (I gag on progressive....the Dems made liberal a dirty word and are trying to "re-brand") is the liberal ilk that have dominated the government bureaucracy and academia since the Roosevelt era....many of whom first embraced Communism before Stalin ruined it for them.

As I listen to liberals say these same things, I wonder why they say them. I'm sure that they can't really believe any of them, as your retort to their statements is just common knowledge/history. I just hate to think that any living person in our United States is that stupid... but then I remember that they did vote for Hillary.

Yes, Wally. And they just voted Hillary the most admired woman. Take what you will from that.