My Ugly Christmas Gift To You 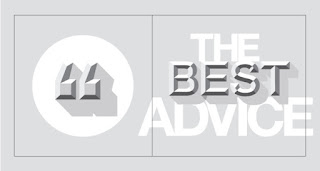 So Scribe.When will you be leaving?

That's the truth America is terrified to hear. Everyone believes things will keep going as they always have, despite what you pointed out as the reality of the debt. I'm 57, and my generation on the whole hasn't saved and invested. Result is they will need those SS benefits at the very time the money situation gets bad. All those thousand dollar phones, the big vacations, the fun they seem to live for won't do them any good. We haven't had a leader in America since Reagan. The poeple get the government they deserve.

Yes, Randy, based on the dearth of comments, there seems to be lots of folks who don't want to hear what I had to say. (Frank's even wishing I'd leave). Truth is, there's far morse than thousand dollar cell phones to be lost. It's gonna be a mess.

I certainly hope you said that with tongue planted firmly in cheek. I just thought you were preparing us for you leaving the Country.I for one, do not want you to leave. And neither am I leaving. I'll fight it out and hope we someday get people to vote out all these Imbeciles in Congress. We are term limits. Time for the Circus to leave town. All the Clowns in House and Senate have to go. Our only hope. Presidents come and go. These Idiots overstay their welcome.

Frank, as some wise Roman once said "the fault, dear Brutus, lies in us. I am much less optimistic than you because of the declining quality of the American citizen. Wish it were not so. However, let me say that I admire your courage in staying and fighting it out. I'm still fighting but don't expect to be here long enough to do much good.