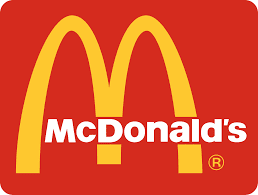 I haven't confirmed this yet but, if true, it's going to piss off a hell of a lot of those "occupier" types demanding $15 bucks an hour. Personally, I'd put more trust in a robot preparing my food than the folks I've seen working at fast food joints.

(PHOENIX) After seeing a decline in earnings for the first time in nine years, McDonald’s plans to do something no other store of its kind has ever done before; open a store run entirely by robots.
The store is set to open July 4th in Phoenix, Arizona once the state-of-the-art robot remodel is complete. The restaurant will still employ a small team to insure all of the robots are working correctly, the food along with the cleaning supplies remaining stocked and removing the money collected by the robots. If the test launch for the store is a success, visitors to the restaurant can soon expect to see these new robots working in harmony at a speed of 50 times faster than the average human employee, with no chance of error, located in every store all over the country.
The store’s new manager, Jay Funkhouser, told CNN that he has worked with the machines in a product development facility in San Francisco for over six months now and speaks highly of the robots.
“These things are great! They get their work done in a fast and orderly manner. And they don’t ask for cigarette breaks.”
42-year-old Milton Waddams, an unemployed fast food worker, told reporters he is extremely disappointed by the decision to employ only robots instead of humans.
“This McDonald’s had my resume, I already completed two job interviews there and was scheduled to start working once the new store opened in July,” Waddams said. “I need a job, I need money. Then I hear of this new robot McDonald’s instead of a regular human one and my dreams are completely shattered. I don’t know what I’m going to do. My mom wants me out of the house at the end of the month, so now I’m going to have to find another place to crash I guess. Fuc*king McDonald’s. I could set the building on fire.”
With this decision, shareholders can finally expect to see their stocks on the rise once again since employee salaries are not only cut, but eliminated. By cutting employees, McDonald’s says it is projecting to make a full financial turnaround and see their stock (MCD) return to $105/share which was originally set back in 2014. In the U.S., first quarter comparable sales decreased 2.6% as product and promotional offers did not meet expectations. U.S. operating income for the quarter declined 11%, reflecting weak sales and the impact of restructuring and restaurant closing charges.
Local Phoenix resident, 52-year-old Tom Downey, who has been unemployed for the last 3 years, was excited about the opening of a nearby McDonald’s.
“Now that they hire only robots, I don’t know what I can even do. I don’t have an education, a car, and now I’m not gonna even be able to get a burger job. Maybe I can learn to pick up trash on the freeway.”
McDonald’s has been playing with the idea of a restaurant run entirely by robots for years. The high margins of human error, cost of employment, and poor hygiene, as well as the recent advancements in artificial intelligence just make sense to automate fast food. In what McDonald’s has been referring to the robots as the “McRobots”, they believe this will be the answer to fix all of those problems.
Former grill cook, David Hatala, from the original Phoenix McDonald’s location before it was shutdown for robot repairs and upgrades, is still mad about losing his job.
“So a stupid robot is gonna make food and take orders? That’s just not right,” Hatala told FOX News. “The American people are smart and won’t stand for this inequality upon us humans and definitely won’t support it. If anyone should know this, it’s me. I’m a people person, how many times do I have to say this? I deal with the damn customer so they don’t have to make their own burgers. I have skills people!”
36-year-old Paul Horner, a spokesman for McDonald’s said he is excited to pave the way to a more automated workforce, hence a more reliable and affordable one.
“Robots are the future of McDonald’s in the United States and around the world,” Horner said, “Human workers want more pay and this has created giant protests which need our attention now before it is too late. Robots will decrease prices, increase productivity and make for better food.”
It is still unclear at this time what the robots look like or how customers will complete transactions as this information is being kept under strict confidentiality, but come July these questions will be answers. Will it be the right or wrong decision for McDonald’s? In the end, it will come down to what is best for the shareholders and the customers. The workers, not so much.

Lol @ "shattered dreams" thanks this is a great way to start the week!

"I am a people person......I have skills" made my day, that and "my mom wants me out of the house" those two guys can share a card board box the robots were shipped in under an overpass.

Thanks, Craig. That's too funny. The problem as I see it is all these thousands of former McDonalds employees will go on some Government Assistance Program. Also, a life of crime is also a possibility(they obviously have little to no skills). These are drawbacks that for me are undesirable. We have enough of these types already. Adding more just isn't my idea of "smart".

Well, Frank, the obvious answer to the problem you pose is not to give them a check unless they do community service. They already have food service skills so put em to work in community soup kitchens. Of course, most of em won't work so that will cut down on the welfare checks.

Oh goodness!! You mean I could have lived at home until just 4 years ago!?!!!

Got to learn how to veg out Darlene...and where the nearest food stamp office is located. :)

If McDonald's competitors follow their example, that is about 3.5 million people that will develop a serious disability or go on welfare and collect food stamps. (Will Hillary reinstate Bill's welfare reform laws?) Overall, I'll take the robots and be assured a disgruntled employee didn't spit or put a bugger in my hamburger. Not to mention my MCD stock will go back up.

"I don't have an education" Hows that working out for you. Quit being a lazy, disrespectful, or just an asshole and your mother wouldn't be kicking you out. Should have paid attention in school. I hope when I get home my order will be complete and not missing my nuggets. To funny.

Me too Jerry Lee. That's why I never complain about an order. I'm afraid they'll take it back there and do something even worse to it.

One should never be missing their "nuggets", Brian.

LIE! This news article is made up. I am a robotics engineer and there are not "McRobots". Grow up people and stop believing everything you read on the internet. Most of the "pop up" news sites are just making money off gullible people. McD's is going to use automated touchscreen kiosks for ordering, but people with still be doing everything else..

Anon, I suspect you suffer from anal-retentiveness. You seem not to understand ironic sarcasm. This was a humorous piece I wrote over a year ago and no one else seemed to have a problem with understanding that.