"When I'm King For A Month" 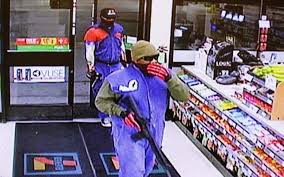 The biggest tragedy when one looks at our national problems is that the "fix" is so damn easy...so simple. Let me present an example:

When I get to be king of the U.S. I'm gonna send all our nation's liberals to re-education camps. I'm gonna force them to read the Constitution, memorize the Bill of Rights, then I'm going to make them study the history of Johnson's War On Poverty programs, and force them to weigh any benefits against the costs in both national treasure and crime and the breakdown of the American family.

I'm going to force them to read the actual stats on which ethnic group opts for abortion...and coming in with the alarming stat that 75% of all abortions are performed on American Blacks. I'm gonna make them recite the Health and Human Services's own numbers that show Blacks, while 12% of the populace, command 43% of every welfare dollar.

Then I'm going to make those liberals do internships on the following career occupations: 1) Night shift at a 7-11 or Circle K convenience store, 2) night shift as a cab driver in Detroit, Baltimore, Los Angeles, Atlanta, New York City, and Philadelphia. And then 3) I'm gonna make them do six months of "ride-a-longs" with urban police patrols. Finally, I'm going to force them into teaching school in those urban jungles to see how THEY like it!

By the time I'm done we'll have a lot fewer liberals...we'll have stopped throwing money at problems and begin forcing people to stand on their own two feet...or starve to death. We'll stop coddling criminals.

I'm gonna put 10,000 American troops on our southern border with orders to shoot to kill anyone who illegally crosses. I figure we'll solve our illegal immigration problem in about three days.
and I'll then resign my "Kingship" and head home to a life of serenity.

You're welcome.
Posted by A Modest Scribler at 2:00 AM

I have to agree that fixing the problems of this nation is easy. Trouble is, we never seem to be able to vote anyone into office(any office)that wants to fix things. Oh, they say they will when running. But somehow, they just never seem to get around to doing it. They somehow ALWAYS manage to make things worst...

A month... Are you kidding? One solid week, and 90% of the trash is taken out (literally and figuratively). Problem is that a dictator with absolute power is actually the only thing that MIGHT work to fix what's happening in America - ain't gonna happen. The people are voting in the likes of Obama and soon-to-be Prez Hillary because they want all the freebies, paid for by you and me (and added to the debt).

Randy, the reason I need a month is because, before I leave I want to golf a little and take one of those Obama-style trips to Hawaii.

One thing you overlooked. Every liberal gun hater/banner MUST spend no less than 8 hours at a gun range and must have to shoot an AR15, AK47 or similar. Watch for wet pants and full underwear.. Depends optional