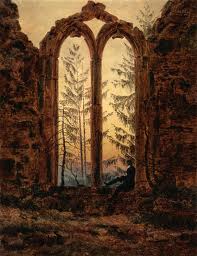 "Behold, Here cometh the dreamer.  Let us slay him, then see what comes of his dreams".

These words from Genesis speaks of the cynicism of our world.  When Martin Luther King died on the advent of an era of awakening to the vital need for racial equality he was remembered for one whose dream would finally be realized.  When John Kennedy died millions of Americans carried, within their hearts, a dream he espoused of an America as Camelot; where "right"makes "might, where one asks what one could do for their country, rather than what their country could do for them.  And when Ronald Reagan addressed the nation for the last time from the Oval Office he spoke of America as a golden city on a hill, where one's dreams may come true if one works hard enough to realize them.

I have dreams that have rested in my heart for all of my life.  When I was growing up I dreamed of escaping the abject poverty of my youth.  As a young man fighting in Vietnam I dreamed that wars would someday no longer be necessary, freeing our nation's youth for building, and not destroying.  When I watched Dr. King marching peacefully through Selma, Alabama I dreamed that the bigots and their fire hoses and warped ideas would die a natural death.  As a father I dreamed that my children would grow up safely, get a good education and live a life of worth.

An old man now I gaze upon the American landscape and see field after field of broken dreams.  I see millions of Blacks who have both forgotten or forsaken the dreams of that preacher who wrote so eloquently from a Birmingham jail.  I see a majority of Americans who now ask "what their country can do for them, rather than what they may offer of themselves".  I see those same Americans sit grandly in front of a computer, a television, or a gaming machine while corrupt politicians deal from the bottom of the deck.

Despite the cynicism of an uncaring nation I continue to tell the story of the dreamers.  Their hopes still resonate in my heart.  For this I am often slayed by those who dare not listen, lest some remnant of collective guilt cast ruin on their apathy.  Lest they be asked to stand tall and take some measure of responsibility for the slow demise of an America where once dreams became real when one worked to make them so.

The new America is a nation where her citizens believe we can only be roused by crass rudeness, by loud voices, by class and economic warfare.....where everyone, to succeed, must deal from the bottom of the deck.  An America where contract law is derided, where the law itself may be selectively enforced, dependent upon the whims of a politician soliciting electoral support from one favored faction over another.  An America where her citizens believe they must grab a slice of the collective pie, rather than earning it by baking a larger pie.

The dreamers have died and the dreams died with them.  They have been slayed by apathy and greed and corruption.  Perhaps someday, in some far corner of the world, someone may again awaken from a golden sleep and speak again of a place where hard work and high morals rule the day...where "right" makes "might" is again the song that rings brightly in the human heart.

I read this and felt a profound need to apologize to you for my hateful rant a couple days ago here with regard to our problem of the illegal invasion. These days my frustration opens to long winded nonproductive diatribe that solves nothing and only brings me closer to cardiac arrest. That said I do apologize for emptying my garbage pail on your front lawn.
Sometimes I see your writing on Rants and Raves over at San Fran's, “Craig's list” and it is like bumping into an oasis in an otherwise barren desert of hate and ignorance. Your column this morning describes a very sad, depressing place, not unlike a Cormac McCarthy book, “the Road” or “No Country for Old Men” with the slightest ray of hope in the end. In your column’s case, the last paragraph. “Perhaps someday, in some far corner of the world, someone may again awaken from a golden sleep and speak again of a place where hard work and high morals rule the day..”. I always get a little nervous when I open up with someone I don’t know, I feel like I’m taking quite a gamble. I have now read a majority of your columns and purchased a book on your recommendation about Thomas Jefferson. I have spent a good portion of my life being part of the problem and I am now devoted to making myself a better man with the ability to impart a wisdom rather than take a portion not mine. Make no mistake, it is people like you, who for no obvious reward, give unselfishly of their time and talent (and great wisdom) that have opened my eyes and lifted me from a fairly desperate life. I still frequently fall back some, but less infrequently all the time. I read voraciously mostly for the purpose of learning how to fix this country.
I know I couldn’t be all alone in this pursuit and I feel certain that things are changing for the better. We are a very good, intelligent country. We take some mighty stupid ventures down some very dangerous paths but we always seem to come back. I am betting on our resilient nature now as well. I am confident that the person you speak of in your last paragraph is here and like me is looking for his/her strength to stand up and be counted. Who knows maybe Mr. Romney is him.
In the meanwhile keep up that powerful writing of yours, it just amazes me when you knock one out of the park like you did today, and because of your efforts I will post your column, email it and tell all I talk to of it as I am sure many others will do the same. Your message is finding its way to all those dark corners of the world, the next hero will be seeing your column soon!!

Ken, thanks for your wonderful comments. Please don't apologize for ranting...I do it myself often. It's the only way one stays sane in a rapidly growing insanity.

I was so happy to learn that you read Cormac McCarthy...I too have read both of those works. His writing is elegant and beautiful, I said as much to my daughter a few years ago when I sent her my copy of "The Road".

Re Jefferson, we need to all study Jefferson if we are ever to take back our country.

While I know there are millions of Americans who feel just as we do. However, I am fearful of the growing numbers of Americans who just don't care, and even revel in picking at the bones of a dying society. There is much work to be done if we are to retrieve "America" and every day the odds increase that we will suffer a second civil war to resolve our differences. Let's all pray that you are right; that the better spirits of our nature will prevail.

Again, thanks for your frequent visits, for taking the time to comment, and for being kind toward this aging "Don Quixote" who continues to spar with windmills.

Indeed you do, Carol….thank God.