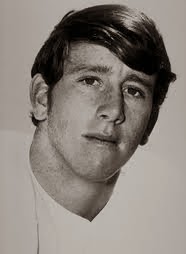 He was a loser for a good piece of his life.  Oh, he played great football; he could shoot a pass sixty yards, a perfect spiral, and knock a tin can off a fencepost.  He won a scholarship with a southern school that owned a legacy for great football.  But when he got there the team was in transition..a weak crop of recruits that went 15-7 over his last two years.  They would have been far worse if it weren't for his quarterbacking….he passed for thousands and thousands of yards and drew the attention and respect from his college opponents and the pro scouts.

He gave that college team everything he had, despite suffering the loss of his father to suicide.  But he had his mom, who attended every game he ever played and he vowed that when he had kids he would show that same level of loyalty and dedication.

And yes, the pros came.  And, typically, the worst team in pro football drafted him.  So he lined up at quarterback behind a line as flimsy as saran wrap and he set records for being sacked.  Still, he would get up and take the ball and try again.  It was said that hall of famer Jack Youngblood, playing for the Rams, began feeling sorry for the poor guy.  After piling up enough sacks to get him into the hall, Youngblood ordered the Rams defensive line to go easy on the sacks.

He quarterbacked that sad sack team for a decade, and all he knew was loss and defeat.  The hundreds of teammates that played with him said he never despaired, never blamed anyone else for an entire career of crushing losses.

The loser married his college sweetheart and began siring sons.  And, true to his word, he made his children his world.  Hundred of hours of backyard football and high school football and he did his best to passed down what he knew about football…and, more importantly, what really mattered in life.

His first son was a world class wide receiver.  Everyone around town said Cooper would be a star in the pros.  Sadly, and in keeping with "the loser's" long tradition of tough luck, Cooper developed Spinal Stenosis and would never play again.

But his second son, who had been tossing those passes at Cooper, emerged as a winner.  He would star in high school, then enroll at the University of Tennessee, become UT's all time passing leader, would win 39 of the 45 games he started and led them to an SEC championship.   Peyton would then be drafted by the Indianapolis Colts and embark on a 17 year pro career that glitters with all time passing records.

A few years later "the loser" would hone and polish another son who would take his team to the Superbowl twice in his first five years.  Eli, like Peyton, would show nothing but class on and off the field, something that made his dad proud.

Then Peyton would incur a career ending neck injury.  Doctors warned that further play could leave him paralyzed.  Peyton began a hard, grinding effort to rehabilitate his injured neck and attempt to regain strength in a "spaghetti arm" that couldn't launch a foot ball ten yards.  And so the first one Peyton called was his dad.  He recruited his dad to catch passes, just as they had done many years ago in the backyard.

Peyton's Colts wrote him off as a has been, forgetting all those victories and all the fame and attention he brought to his team.  They forgot that he filled the stadium in numbers that would allow them to build a new showcase stadium.  So they drafted number 1 and chose Peyton's replacement.

Peyton took a look around and settled on the Denver Broncos.  In his first year he would restore Denver to glory not seen since John Elway retired.  In his second year Peyton would break the all time record for passing yards and a whole host of others.

So "the loser" has spent a lot of time lately up in the luxury booths, watching two sons, two quarterbacks lead their teams like the generals they are.  Come February 2nd Archie Manning will sit up there in the booth, in the warm embrace of family, and watch one of his two sons play in the 5th Superbowl between the two.

No longer "the loser", Archie Manning commands the respect of his family as well as the NFL family.  And his sons carry on with a legacy of living life with great dignity and pure class….a winner in the "biggest game of all".
Posted by A Modest Scribler at 3:03 AM

Thank you! That is all I can say! As a father and a coach what a great tribute!

Thanks, Havasu Bob…here's to every father and son who ever tossed a football in the back yard.

Thank you for the inspiring story this morning, never knew the history of the Manning Family.Have a great day and weekend also.

You're welcome, Craig…you have a great weekend as well.