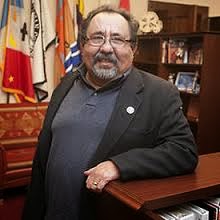 I was reading this morning's Arizona Republic and learned that Congressman Raul Grijalva owns the record for most missed votes in the House of Representatives.  The dude skipped out on voting for 83 Congressional bills in the last session of Congress.  Good old Raul said it wasn't important for him to attend Congressional sessions and he much prefers hanging around his district and smoozing with his constituents.

Hmmm…judging from Grijalva's 300 pound girth it would seem he's been hanging around too many Mexican restaurants down in Tucson..and has downed a few too many tacos, rice and bean combos.
Perhaps not attending to his congressional duties is a big plus for Arizona.  After all it was Raul Grijalva who led the boycott against his own state of Arizona when we passed SB1070, the illegal immigration law.  You see, old Raul cares more about illegal Mexicans than he does the businesses and citizens of his own state.

So how did this clown get to Congress in the first place?  Well, he's fortunate to be in a district heavily Hispanic and votes "ethnic" rather than content of character.

We have far too many of these racist voters around these days.  Down in Texas one Black district keeps sending Sheila Jackson Lee to Congress term after term…cause she's Black and that's all that matters. 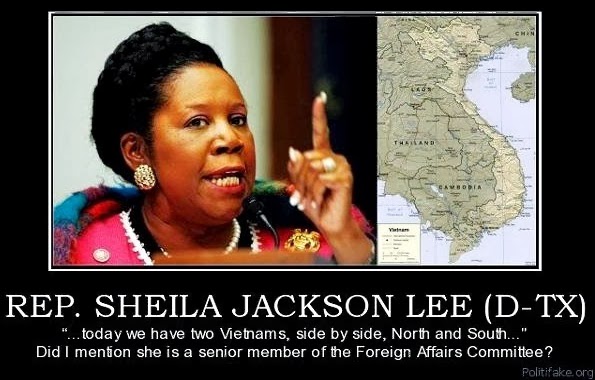 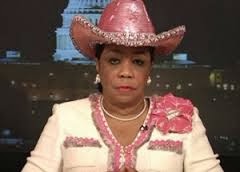 Jackson Lee likes to wear big pink and red plastic cowboy hats and has had to be reminded to remove her audacious hats when entering the Congressional floor, an admonition she considers "racist", though the rules apply to the entire House.  She also lacks the history education of an 8th grader as she has spoke on the House floor of the current "two Vietnams".  She plays the race card well too as she has declared on the House floor that she is a freed slave…but refuses to identify those who enslaved her.
But Black voters vote Black…they could care less if she has an education, or even a brain.

And how can we forget Congressman Al Green.  Not to be unkind but the guy reminds one of a skid row bum.  And seems to have the same mottled brain that a lifetime of alcohol abuse might bring about.  I've seen Green on C-Span as he, as a member of a finance panel, ask Greenspan or Bernake about economic theory that a kid with a lemonade stand already knows. 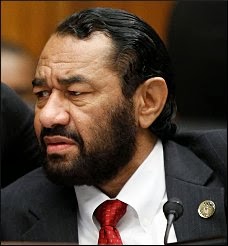 But that's okay with constituents…he's Black and that's good enough for them.  Still another performer in the circus of clowns that infest the Congress these days.  Keep them green checks coming and the food stamp cards fully loaded and the dude's guaranteed a seat in Congress for the rest of his life.

Frankly, I've seen wiser and more noble souls hanging around a neighborhood bar than these pitiful clowns.  Were any of them from White districts they'd be back home drawing welfare or swinging mops at Walmart.  There are plenty of dumb White voters but there's still enough of us left that won't tolerate missing 83 floor votes and we rarely tolerate those who can't grasp the basics of lemonade stand finance.

Posted by A Modest Scribler at 4:56 AM