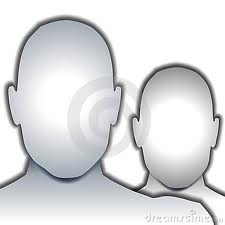 If we could remove all of the personal enmity from our national politics, if we could cut out all the character assassinations and all of the gross character distortions, I wonder if we might be more able to make rational voting decisions.

What if we could surgically eradicate all of the big money in politics?  What if the conservative super-pacs were barred from funding political ads?  What if the big unions were banned from promoting candidates who support their greed?  Wouldn't we be better off if we didn't have the "noise" created by these ads and had to rely on what candidates actually say?

What would voters do if all the hate were removed from those 10/10 fringe hate mongers on the political fringes?  How would we vote if our psyches were not assaulted by misleading political ads?

I'm thinking the 80% in the middle would have an easier time in deciding who we want to lead us.  I believe we could more clearly see the demarcation of ideas between the rival candidates.  The lack of "political noise" would facilitate our abilities to determine exactly what we are looking for in our next President.

We could then ask some basic questions, and decide who to choose based on which candidate bests matches our needs, beliefs and interests:

1) Does the candidate support a larger role for government, or shall he rely on the entrepreneurial
talents of the American people?

2) If the candidate supports big government, please have him explain the spending excesses in the GSA and other federal agencies, the massive fraud in medicare and medicaid, and failure of a host of federal poverty programs that have failed to bring people out of poverty after spending trillions of dollars since 1965.  Ask him also if he can name a single government agency that doesn't make the "customer" (us), feel like we're "bothering" them by asking for assistance.

3) Ask the conservative candidate why he espouses the mantra of "no new tax revenues, in any form, and at any income level".  Say to him; "while it is reasonable not to raise taxes on the middle class, how is it not reasonable to expect true millionaires and billionaires to pay higher rates?"  For example, with Social Security and Medicare in severe financial trouble, why are we still paying Social Security pensions to those who have millions and billions in net worth?  Similarly, why are we paying the hospital bills for millionaires and billionaires when they can easily pay those bills themselves?

4) Ask the liberal candidate why he always glorifies someone who "rose from poverty to achieve success" but denigrates anyone who was unfortunate enough to have been born to a wealthy family?  If we were to follow that rationale of degradation, we would never have elected John Kennedy or Franklin Roosevelt, Teddy Roosevelt, or even George Washington!

5) Ask the candidate if he would dare to admit that many federal support programs create a sense of dependence on a government check and actually encourages some folks to fore go an effort to work and achieve.

6) With regards to illegal immigration, ask the candidate to state his position on the morality of allowing those who break our immigration laws to be rewarded for the effort.  Ask them to state clearly why they do not believe that, once you create amnesty you don't further encourage further illegal immigration by illegals assuming that if they stay long enough they will eventually be rewarded for "jumping the immigration line".  Ask what he would tell those law-abiding immigrant applicants who have waited patiently in line for ten years?  Ask the candidate if they really believe that the 14th Amendment was written as a "green light" for illegal Mexicans to automatically be granted citizenship for their children, just by the simple "geography" of being born here.  Also, ask the candidate this "if you feel empowered to sue states like Arizona for "enforcing federal immigration law" why do you ignore sanctuary cities who flout immigration law?

7)  Ask the candidate to please explain his position on our wars in the Middle East.  Ask him to define our goals there.  Does he expect our military to democratize 300 million Muslims whose very religion is diametrically opposed to a democratic culture?  Ask the candidate if the $3 trillion dollars we have spent in the last decade of war has been worth it?  Has this decade of war made our country safer?  How are we less vulnerable from a terrorist attack than we were a decade ago?

These are the kind of clear-eyed and logical questions we should be asking those who are running for election to our nation's highest office.  We should not be talking about eating dogs or ferrying them atop a car.  We should not be discussing the cost of a blouse worn by a candidate's spouse.


POST SCRIPT:  I'M GETTING EMAILS AND COMMENTS FROM MY FAMILY AND FRIENDS ABOUT PROBLEMS WITH THE COMMENTS SECTION;   THIS IS NOT OF MY DOING.  SOME COMMENTS ARE AUTOMATICALLY DEFAULTING TO "COMMENT MODERATION MODE", SOME ARE GOING TO THE SPAM FOLDER AND SOME ARE NOT SHOWING UP AT ALL.  JUST HAVE TO WAIT FOR GOOGLE TO FIX THIS.

Posted by A Modest Scribler at 1:06 AM