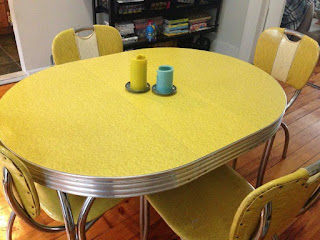 1972 Presidential Election. After three years of service in Vietnam I was finally old enough to cast a vote. My choices were Richard Nixon or George McGovern.
I chose McGovern. I did not like Richard Nixon. Even then, before Watergate was excavated, Nixon seemed sinister. To me he always looked like he was wound too tight, his speeches and physical mannerisms odd. I intuitively felt Nixon was mentally disturbed.
By contrast George McGovern was a soft-spoken old school gent, one whom I would have been delighted to sit down and have a cup of coffee with.
George wanted us out of Vietnam. I had few qualms about that. The last six months of my last tour of Vietnam I had been firebombed by Saigon college students, had witnessed first hand the corruption of the Vietnamese regime, thought we had sacrificed enough treasure and lives for a Vietnamese people who seemed to care less than us about a communist takeover.
And in 1972 I was still an idealistic young man who believed that the downtrodden were suffering at the hands of a society that left them out.
So I stepped into the voting booth and voted George. And I was shocked to see how badly Nixon beat him.
My political awakening would arrive shortly after that election. I began to see folks better off than me using food stamps ahead of me in the grocery line. I began to look closely at my pay stub. I looked at how much the state and federal government was taking out of my pay check. I began to see how Democrats continually agitated for bigger government and bigger handouts to those unwilling to work.
1972 would be the last and only time I voted Democrat. The choice was easy. I saw how Democrats changed their ethics and beliefs as easily as they changed their clothes. I saw how they pandered to the lame and lazy to win and stay in power. And I began to see the effects of Lyndon Johnson's liberal judiciary turning America upside down.
But it was at the kitchen table where I converted to conservative. It seemed that, no matter how many part time jobs my wife and I worked, we could never seem to get ahead. The more we made, the more the government taxed us. As we struggled to pay our bills we looked on as millions of our fellows became financial leeches......leading a better life than us.
In the next 12 months America will again be faced to make a difficult choice. Turn out a less than admirable Trump, or sign on to a Democratic ticket that plunges America into socialist state bankruptcy.
I suspect "kitchen politics" will once again defeat the "greenies", the "Medicare For All" crowd, and the party with the big government gravy bowl. The good folks who look at their pay stubs just can't imagine an even uglier pay stub.
Posted by A Modest Scribler at 2:00 AM

But for how long? The younger generation is buying into the leftist mantra. I have 20 year old twin boys. One is conservative, one is liberal. The liberal parrots the line of society being unfair, that government has to fix it. When I ask him about the Constitution and what limits it places on government "fixing" things,he simply dismisses that as not being relevant to the problems (as he sees them). I point out the failure of socialism throughout history, he says "People need to be helped." This election may well be the last time our generation stops the march toward the elimination of what little is left of our liberty (and if you look at it, there really is very little remaining). Succeeding elections will not continue this pattern. We will throw it all away for the false promise of security.

Randy, I alternate between great depths of pessimism and optimism. One of the few things that give me hope is that history often swings on a pendulum. From the late teens of the 20th century, to about 1938 or so, we had lots of folks, lots.........who believed socialism and/or communism was the answer to financial inequality. Then we turned toward the persecution of anyone who ever hinted at sympathizing with a communist manifesto. It remains to be seen whether the left inflicts enough pain to birth another conservative run.

We don't teach our full history anymore regarding the dangers of socialism/communism and the threat autocratic regimes pose to freedom. We don't require Civics class where the proper role of government, its composition, and the limits it must have are ingrained into the students. As my pastor puts it, today we talk about how we feel about something. We don't talk about what it is, whether it's right or wrong, simply how we feel about something. Very dangerous. The problem I see is that once the socialism is installed, it's like falling off a cliff. You can't back up and remove it. IMHO.