A Thousand Shards Of Hell 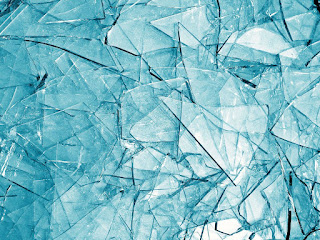 Twenty years ago one struggled to detect future societal trends. Today they rise up and bitch slap you in the morning headlines.
Tim Tebow putting his dog down was heart-rending. Watching Elizabeth Warren being shouted down by the very folks she and her liberal brethren have spawned was equally sad. While I have no affection for Warren it is sad to see what liberals have wrought in the spermal offal liberals they produced.........whole generations of severely imperfect societal tit suckers demanding perfection from others.
The media loves it. The national chaos fills their air time and keeps eyeballs glued to the screen.
There is a reason why we are experiencing a surge of folks who love dogs. All in all they are far nobler creatures than their human masters.
Trying to figure out what kind of society we'll have in twenty years is like trying to put together a jig saw puzzle. Government entities sue the drug companies for their drug abuse woes and their own failures in managing the problem. Problems themselves become society's solutions. Drug problem? Legalize cannabis and pass out free needles to those into heavier stuff.
Crime problem? Attack the police, call them racist when you find minorities represent the largest criminal element. Make police work such a hard road to hoe the good ones give up and you get cops as corrupt as that in a third world country.
Immigration problem? Ignore the immigration laws that are hard to enforce. Legalize the illegal. Throw out the welcome mat to all of central and south America and worry about the consequences later.
Education Problem? Ignore poor parenting and poor teachers and administration and just throw more money at it. Then dispense with grading and merit scores and failure becomes success. And when the illiterates migrate to adulthood forgive their student loans and raise hourly salaries to "living wages" with $15 dollar Big Macs, so that no one is a loser.
Our nation's history? Re-write it. Demonize the founders and every imperfect icon who ever trod on the American landscape. Stow their statues in industrial warehouses somewhere, then champion instead those who did nothing........and thus offend no one.
Capitalism? Do away with it. Brand every wealthy success story as an attack on the unproductive. Confiscate their wealth and give it to those too lazy to work. Rather than working to bake a bigger pie, fight over the little pie.
Heroes? Integrate women into combat units, even when they physically can't meet combat standards. Ignore the military altogether and choose as your icon Hollywood divas who display a talent for displaying butt and boob. Label blue collar as "dumb" for going to work everyday and keeping the lights burning and water running.
Greening? Shut down nuclear reactors, coal mines, natural gas companies and oil rigs and then try to figure out a way to keep the economy running on solar panels and windmills......or wonder about the energy source you'll use to re-charge that electric car. Cheer the "green champs", even as they flit about in their private jets and own a carbon footprint larger than your entire neighborhood.
There are 990 more of those "shards from hell"......but I'm tired of writing about them. As a nation we either try to piece those shards back together or we crumble, like Rome, into the ash heap of history.
Sigh.
Posted by A Modest Scribler at 2:00 AM

Gee, Scribe. Looks like those you picked came right out of the Left/Liberal/Democrat playbook. How many of the other 990 also were Demon spawned from the minds of the left? Maybe all of them?